September 6, 2019  by Yanan Wang And Geir Moulson, The Associated Press 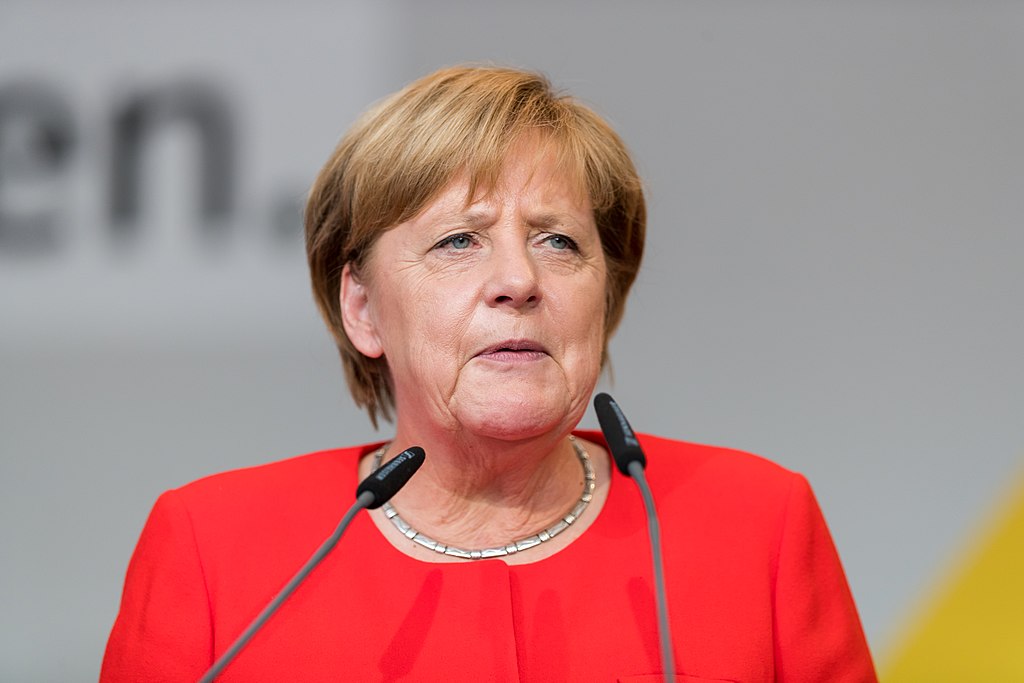 BEIJING – German Chancellor Angela Merkel said Friday that the rights and freedoms of Hong Kong residents should be protected, adding that a solution to the Chinese city’s political crisis can only be achieved through dialogue and that violence should be avoided.

Merkel met with Chinese President Xi Jinping and Premier Li Keqiang in Beijing, where the German leader faces the challenge of balancing human rights concerns and economic discussions with one of Germany’s largest trading partners.

“I indicated during the talks that the rights and freedoms agreed upon in Hong Kong’s Basic Law should be safeguarded,” Merkel said during a joint news briefing with Li. The Basic Law is Hong Kong’s de facto constitution, which promises the semiautonomous Chinese city certain democratic rights not afforded to the mainland.

Merkel added that political dialogue – not violence – is the path toward a resolution.

Germany long had amicable relations with Beijing because its exporters ran a surplus supplying Chinese factories with equipment and components. But those ties increasingly are strained over German complaints about market access and Chinese technology policy.

Li told reporters during the joint briefing that German companies are welcome in China and will have a relatively easier time getting things approved because the two countries have a foundation of trust. He and Merkel discussed collaboration on artificial intelligence and self-driving vehicles, as well as intellectual property rights and reducing export controls, Li said.

Beijing has previously tried without success to recruit Germany as an ally in its tariff war with U.S. President Donald Trump. While Merkel’s government has echoed U.S. complaints, it objects to Trump’s tactics, which he has also used against Europe.

The official Xinhua News Agency said Xi told Merkel that China and the European Union have the same interests in protecting the basic rules of the multilateral trading system.

Merkel is in Beijing with a high-ranking German business delegation that includes executives in the auto, financial services and transport industries. In recent years, German companies have been unhappy about being barred from acquiring most Chinese assets at a time when China’s companies have been on a global buying spree.

Among the agreements signed Friday was one between Germany’s StreetScooter and China’s Chery Holding, two electric vehicle companies. StreetScooter, owned by logistics giant Deutsche Post DHL, has already overtaken established German car companies in selling electric utility vans, and the new partnership could give it access to the massive Chinese market and boost its limited production capacity.

The economic ties make it harder for Merkel to satisfy a U.S. diplomat and activists who have urged her to raise human rights issues such as China’s treatment of ethnic minorities in Tibet and Xinjiang, as well as the three months of pro-democracy demonstrations that have roiled Hong Kong.

Richard Grenell, the U.S. ambassador to Germany, said Thursday that China’s “wilful disregard of its commitments” to Hong Kong and human rights violations in Xinjiang show that its ruling Communist Party “stands against the values Germany cherishes.”

“We hope that Chancellor Merkel will take a firm stance for the values that unified Germany after the fall of Communism: human rights, democracy and the rule of law,” he said.

On the question of what Merkel might say about Hong Kong, a senior German official said the talks with Xi and Li will be conducted “comprehensively in terms of thematic breadth, and open and friendly in terms of tone – with a readiness to express criticism where we think things are worthy of criticism.”

The official briefed reporters on condition of anonymity in line with department rules.

China has bristled at what it calls foreign interference from countries such as the U.S. and the U.K. in political tumult in Hong Kong, where activists have staged three months of mass protests calling for democratic reforms and an independent inquiry into police conduct.

Li said Friday that China supports the Hong Kong government in tackling violence and disorder in the territory.

“We must have faith that the Chinese people have the capacity and wisdom to properly manage our own affairs,” Li said.

Merkel travels Saturday to Wuhan, the capital of central Hubei province, where she will inaugurate the plant expansion at German auto supplier Webasto and speak at Wuhan University.

Moulson reported from Berlin. Associated Press journalists Frank Jordans in Berlin and Joe McDonald in Beijing contributed to this report.