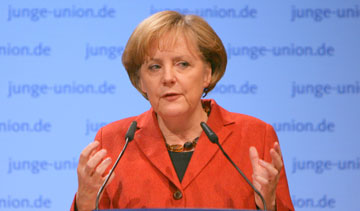 BERLIN—German Chancellor Angela Merkel says she’s open to restarting talks with the United States on a trade deal with the European Union.

The dpa news agency reported July 11 that Merkel told a business audience in Bavaria that President Donald Trump’s administration had signalled it is ready to negotiate and that “for me a Trans-Atlantic agreement remains on the daily agenda.”

On a trip to Berlin last month, U.S. Commerce Secretary Wilbur Ross said the U.S. and EU should have a free trade agreement. Negotiations for the Trans-Atlantic Trade and Investment Partnership deal, known as TTIP, started under the Obama administration but have been stalled since last year.

She says “it’s been repeatedly shown that open markets have economic advantages for all parties involved.”