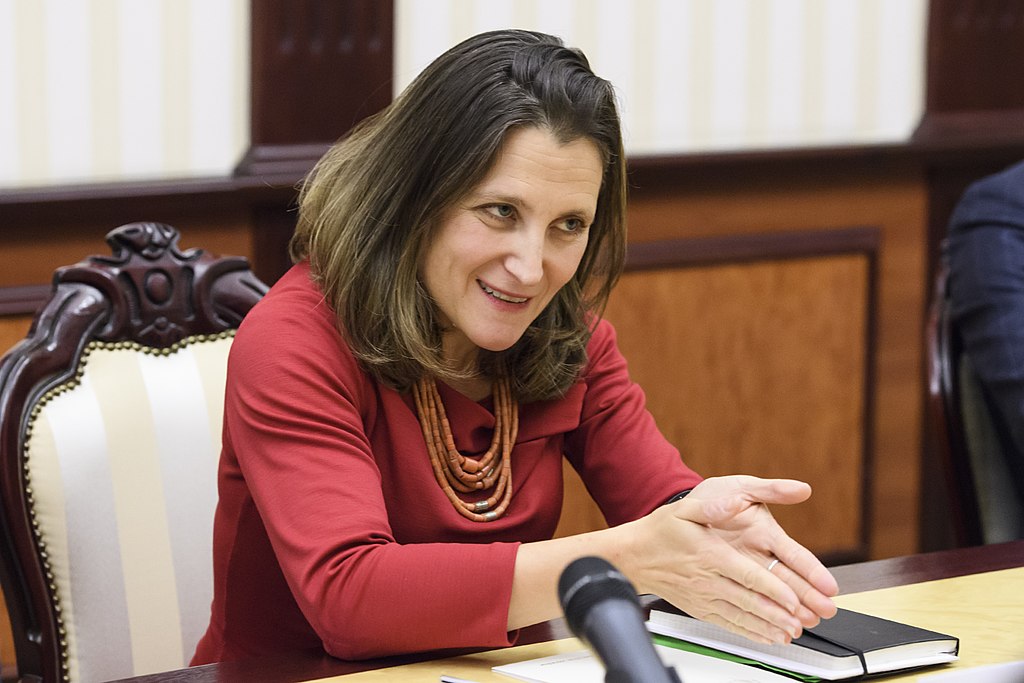 OTTAWA – Foreign Affairs Minister Chrystia Freeland is describing a face-to-face meeting with her Chinese counterpart as a positive step in a complicated relationship between the two countries.

Freeland says she met with Wang Yi during a summit of Southeast Asian nations this week in Bangkok, Thailand.

She had previously been rebuffed in her attempts to talk with Weng about Canadians Michael Kovrig and Michael Spavor, who are being detained in China in apparent retaliation for Canada’s arrest of Huawei executive Meng Wanzhou at the behest of the United States.

During a conference call this morning, Freeland says she believes the meeting was a positive step towards getting the two Canadians released.

She says Weng “expressed concerns” about Meng’s extradition process to the United States, but she refused to elaborate.

When the meeting was over, she says the two agreed they would keep the lines of communication open.