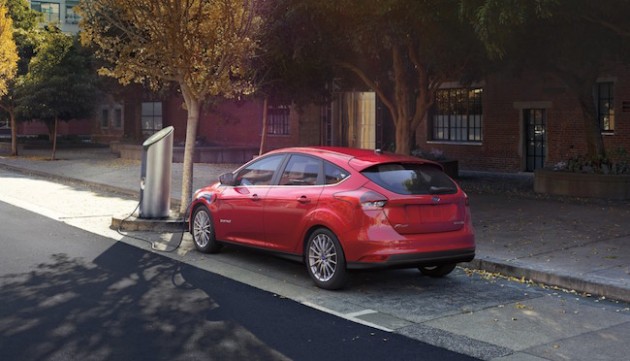 The new version of the Focus Electric will lead the company’s renewed push into EVs starting next year. PHOTO: Ford

President-elect Donald Trump has repeatedly criticized Ford for moving production to Mexico. Trump wants to renegotiate the North American Free Trade Agreement and has called for a 35-per cent tariff on goods shipped from Mexico.

In an interview with CNBC , Fields said Ford is proceeding with its plan to move Focus car production from Michigan to a new plant in Mexico by 2018. He stressed that no jobs will be lost, since the Michigan plant will make two other vehicles.

Fields also warned that a tariff would affect the entire industry—and autoworkers’ profit-sharing checks—since many companies sell Mexican- and Canadian-made vehicles or parts.