From Quebec dairy farms to B.C. vineyards and lumber mills, upcoming NAFTA talks will have major implications for Canadian businesses of all sizes 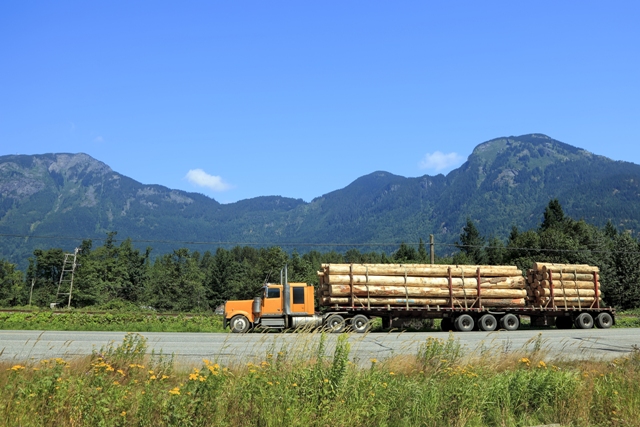 NAFTA’s dispute settlement mechanism is expected to be front and centre during trade talks. It’s seen as an integral shield for Canadian interests, particularly when it comes to softwood lumber

OTTAWA—U.S.-initiated negotiations to overhaul the North American Free Trade Agreement are bound to be long and hard.

Canadian officials maintain that Mexico is the real target of President Donald Trump’s determination to renegotiate what he considers to be a bad deal for America. Nevertheless, there are a number of issues bound to spark friction between Canada and the United States.

Here’s a primer on five of them:

When Canada was negotiating a bilateral free trade agreement (FTA) with the U.S. in 1988, it sought to eliminate the use of countervailing duty and anti-dumping laws, measures designed to neutralize the effect of imports deemed unfairly priced or subsidized.

Canada believed such laws were over-zealously employed by the U.S. and upheld by their courts to protect American products from competition, including from Canadian softwood lumber.

For Canada, the issue was a deal breaker. The U.S.’s refusal to consider the matter almost scuppered the deal but the two countries eventually struck a last-minute compromise to establish a temporary, binational dispute resolution mechanism, known as Chapter 19.

The FTA was superseded in 1994 by NAFTA, which made the dispute resolution process permanent.

Each of the three countries retains the right to impose countervailing duty and anti-dumping measures. But, under Chapter 19, a country may request that those penalties be reviewed by an ad hoc panel composed of members from the two countries involved in the dispute. Once a panel review is initiated, the matter can no longer be subject to judicial review.

Studies suggest Chapter 19 has resulted in far fewer countervailing duties or anti-dumping measures being imposed against Canadian or Mexican imports than the U.S. has imposed against other countries.

Some American industries—in particular the U.S. Lumber Coalition—argue that Chapter 19 robs them of their constitutional right to a fair and impartial judicial hearing and strips the president of his power to enforce U.S. trade laws. Trump is now seeking to eliminate Chapter 19.

Canada’s ambassador to the U.S., David MacNaugton, has said this country is open to improving Chapter 19 but it’s “critical” that some kind of external dispute resolution mechanism remain embedded in NAFTA.

The supply management system that limits the amount of dairy that can be imported into Canada before sky-high tariffs kick in is a long-standing trade irritant, but the bigger dairy-related issue expected to come up under NAFTA involves something much newer: milk protein ingredients known as diafiltered milk, or ultra-filtered milk, which are used to make cheese, yogurt and other products.

Since these newly invented products are not subject to tariffs, U.S. dairy producers began exporting them at a low cost to Canadian processors, a loophole that dairy farmers here argued was costing them some $200 million in lost revenue per year.

That changed when the Canadian dairy industry reached a deal to begin selling milk ingredients at a discount, and Canada created a new class of milk to allow it, undercutting the U.S. efforts.

The U.S. dairy lobby has cried foul. It also caught the attention of Trump, who blamed Canada earlier this year for the fact that a small number of dairy farms in Wisconsin—the heart of the American dairy industry—were in crisis.

The Canadian dairy lobby, meanwhile, has said the pricing strategy applies only to the domestic market in Canada, is legal under international trade law and sees no evidence that dairy, which was excluded from the original NAFTA deal, should be revisited in this one.

An ongoing Canada-U.S. feud over wine found its way into the U.S. Trade Representative’s news release on its NAFTA objectives, even though the issue was not specifically outlined in the accompanying list of negotiating goals.

The battle began before Trump took office. The U.S. government has argued that American wine producers are at a disadvantage because the province of British Columbia only permits the sale of B.C. wine on grocery store shelves.

Washington has launched a trade enforcement action based on its allegations that B.C. appears to have breached Canada’s commitments with the World Trade Organization.

Mark Warner, a Canada-U.S. trade lawyer, said U.S. and European producers have had long-standing issues with how Canada sells wine in its stores.

The dispute found some peace a few years back, he added, but re-emerged as B.C. and Ontario started testing the limits of the agreement.

It’s tricky for the federal government because alcohol falls into a provincial jurisdiction, he said.

“It would be inconceivable to think that the wine issue would not factor in—indirectly or directly—into NAFTA negotiations,” Warner said.

Trade expert Laura Dawson isn’t convinced wine will be a major sticking point during NAFTA talks, unless a very strong coalition emerges out of the U.S. or Mexican wine industries.

“There are so many issues competing for floor space in the NAFTA,” said Dawson, director of the Wilson Center’s Canada Institute in Washington.

The USTR’s negotiating objectives called for rules to reduce or eliminate barriers to U.S. investment in all sectors, although it did not specify which industries the Americans might try to put on the table.

Trade lawyer Lawrence Herman said it could mean the U.S. will seek to pry open investment access to exempt sectors that some Canadians might consider “sacrosanct.”

“They didn’t spell it out, but I can guess that they will have an interest in assaulting the Canadian exemptions for, for example, cultural industries, maybe health care, maybe public education,” said Herman.

“We can expect a tough round of negotiations and the targeting by the Americans, at least initially, of some of the areas that were protected under the FTA and the NAFTA.”

Dawson said as the easier-to-resolve trade barriers are dealt with in the NAFTA talks, areas—such as investment—covered by more-entrenched protections often become greater targets.

She added that if there’s an area “ripe” for reform, it’s probably Canada’s telecommunications sector. But in return for doing so, Canada would have to show some kind of gain, she said.

“Canada can reduce any barrier that it chooses to, but there has to be a good, domestic public policy reason,” Dawson said.

The U.S. wants Canada to allow a whopping increase in the value of goods American companies can send into Canada without paying an import tax.

At the moment, Canada’s limit—what’s known as the de minimis threshold—is just $20, among the lowest in the world. It was set decades ago, long before the explosion in online shopping.

The U.S. wants that limit raised to $800, matching the American threshold.

The proposal is bound to be popular with consumers. But Canadian retailers are apoplectic, maintaining such a move would be catastrophic for them.

They warn that it would mean providing a more favourable tax regime to foreign retailers than applies to homegrown retailers who actually create jobs and invest in Canada. Moreover, they argue it would encourage Canadians to do all their shopping online from American retailers and result in domestic retailers moving some or all of their operations south of the border.

—with files from Joan Bryden and Joanna Smith