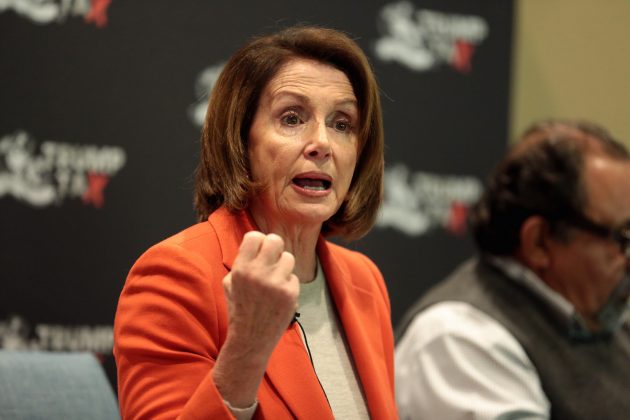 California Rep. Nancy Pelosi, who is expected to lead the new House majority, has indicated she wants to see better enforcement on labour and the environment before she’ll support the agreement. PHOTO: /Gage Skidmore via Flickr

WASHINGTON—Economic uncertainty will linger across North America unless and until a divided Congress approves the U.S.-Mexico-Canada Agreement, trade lawyers from both countries predicted Wednesday as newly emboldened Democrats on Capitol Hill vowed not to rubber-stamp the deal.

The agreement is expected to be signed Nov. 30 when leaders from all three countries gather for two days of G20 meetings in Buenos Aires, but it won’t be a high-profile, high-level affair if they remain locked in their standoff over President Donald Trump’s steel and aluminum tariffs.

But that will not be the least of the hurdles facing the deal: the formal signatures matter less than legislative ratification. And Democrats, who will take a majority of the seats in the House of Representatives in January, are hinting at a go-slow approach.

California Rep. Nancy Pelosi, who is expected to lead the new House majority, has also indicated she wants to see better enforcement on labour and the environment before she’ll support the agreement—measures that could be handled with separate U.S. legislation, rather than reopening the deal.

All of which means a longer timeline before USMCA comes into effect, a period likely to be marked by market and business instability, said Lawrence Herman, a Toronto-based trade lawyer and public-policy expert.

“As long as it takes for the USMCA to get congressional approval, there will be a fair degree of uncertainty in the markets because market participants will not know whether the NAFTA will continue or not,” Herman told a panel in Washington organized by the Canada-U.S. Law Institute.

Canada might decide to introduce legislation before then to ratify the deal, but is likely to hold off on bringing that legislation into force until after Congress votes, he added.

And until then, there will remain a fear that Trump, keen to increase the pressure on Congress, could renew his threats to pull the U.S. out of NAFTA, which remains in effect until the new deal comes into effect, he added.

“I deal with stakeholders all the time that are very concerned with the lack of security and confirmed rules of trade in the market. That is a danger, and the market uncertainty that flows from that danger will continue for a number of months, and we will see the impact that has on the markets.”

There is also no clear sense of when Trump’s tariffs on steel and aluminum exports, imposed on what the federal government considers dubious grounds of national security, will be lifted, said Kirsten Hillman, Canada’s deputy ambassador to the U.S.

Efforts to negotiate a tariff truce have been ongoing in some form or another since before the deal was even reached, Hillman told the panel, but she wouldn’t go into details about what sort of a resolution would be acceptable to Canadian negotiators, or offer a prediction on when it might come.

In the meantime, the tariffs and Canada’s countermeasures are causing grief on both sides of the border.

“I personally, here in Washington, get interventions every week, almost, from U.S. steel exporters saying, ‘Look, can you guys solve this problem, because there is a cumulative effect,’ ” she said, adding that in some cases, exports of manufactured goods that contain steel are being hit more than once.

“Solutions, should they arise, are going to arise out of real practical realities about effects on individuals in communities who are facing challenges. My sense is that (is), ultimately, what will unlock some of these more challenging problems.”

National-security tariffs may already be the norm rather than the exception in the USMCA era, since the new agreement does nothing to curb their use on those grounds, Herman warned.

“Canada, I think, has directly acceded to the use of unilateral measures for national-security reasons, unconstrained by the requirement that those measures be taken in a time of war or other emergency in international relations. Those caveats are not included.”

Whether the agreement is ultimately ratified by Congress depends largely on the mood on Capitol Hill and whether House Democrats opt to take a hard line, said Terence Stewart, a managing partner at Washington-based trade-law firm Stewart and Stewart LLP.

But these days in Washington, making political predictions is a mug’s game, he joked.

“If the Democratic leadership in the House were to take the position that, ‘We just want to stop everything that President Trump and his team are trying to get through,’ then you really have serious danger,” Stewart told the panel.

“It doesn’t seem to me that would be likely, but my perception of what is likely over the last two or three years or so has become increasingly confused.”