The indictment accuses Anthony Levandowski of stealing years of top-secret information. That included breakthroughs in lidar, technology that enables self-driving cars to detect what's around them 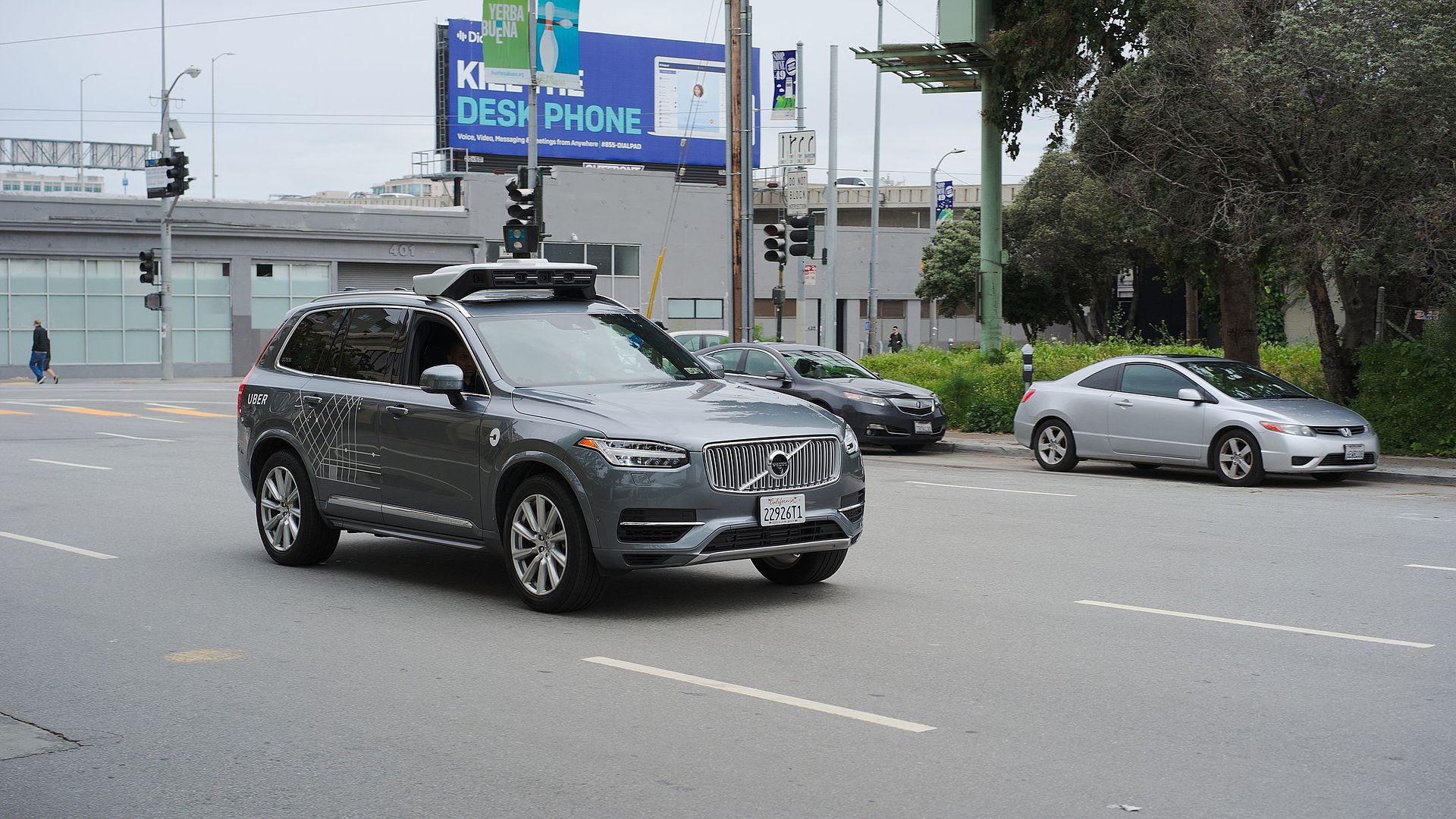 SAN JOSE, Calif. – A former Google engineer was charged Tuesday with stealing self-driving car technology from the company shortly before he joined Uber’s efforts to catch up in the high-stakes race to build robotic vehicles.

The indictment filed by the U.S. attorney’s office in San Jose, California, is an offshoot of a lawsuit filed in 2017 by Waymo, a self-driving car pioneer spun off from Google. Uber agreed to settle the case for $245 million last year, but the presiding judge made an unusual recommendation to open a criminal probe after seeing enough evidence to conclude a theft may have occurred.

Uber considered having self-driving technology crucial to survive and counter potential competitive threats from Waymo and dozens of other companies working on robotic vehicles. Uber wants to build self-driving cars so it can eliminate the need to have a human behind the wheel, one of the biggest expenses in its still-unprofitable ride-hailing service.

Anthony Levandowski, a pioneer in robotic vehicles, was charged with 33 counts of trade secrets theft. Each count carries a penalty of up to 10 years in prison and a $250,000 fine, or $8.25 million if convicted of all counts.

Miles Ehrlich, one of Levandowski’s attorneys, maintained his innocence in a statement read outside the courthouse.

“He didn’t steal anything, from anyone,” Ehrlich said. “This case rehashes claims already discredited in a civil case that settled more than a year.”

Prosecutors say the probe is ongoing, but they wouldn’t say whether Uber and former CEO Travis Kalanick are targets. Prosecutors say Google, Waymo and Uber co-operated in the investigation. Uber issued a statement Tuesday promising to continue to co-operate.

Although Tuesday’s indictment didn’t charge Uber, it’s a stain for a company that has been trying to recover from a series of scandals since jettisoning Kalanick two years ago . Uber has also been dealing with fallout from its own acknowledgement of rampant sexual harassment , its use of software designed to dupe regulators and a yearlong coverup of a hacking attack that stole the personal information of 57 million passengers and 600,000 drivers.

The case seems unlikely to endear Uber with investors already skeptical about the company’s ability to make money after piling up billions of dollars of losses. The lack of profits is the main reason the company’s stock has fallen about 25% below the price set during its much-ballyhooed initial public offering of stock in May. Nonetheless, Uber’s stock fell less than 1% after the announcement.

The FBI depicted its pursuit of the complex case as a sign of its commitment to protecting technology considered vital to the economy’s growth. “Silicon Valley is not the Wild West,” said John Bennett, the FBI agent in charge of the investigation.

Levandowski, 39, turned himself in and was released later in the day on a $2 million bond. Prosecutors agreed to the release, even while characterizing him as a flight risk because of his wealth and dual citizenship in the U.S. and France. Levandowski, though, had already surrendered both passports to the FBI and will be required, at least initially, to wear an ankle bracelet with GPS tracking. He is also banned from airports while release details are worked out.

The indictment accuses Levandowski of stealing years of top-secret information, which prosecutors likened to the crown jewels of the Waymo spinoff. That included breakthroughs in lidar, a key piece of technology that enables self-driving cars to detect what’s around them.

During the Waymo trial, Kalanick conceded that Uber needed to develop self-driving cars if it hoped to maintain its early position as the world’s largest ride-hailing service. But he denied that he ever resorted to stealing technology from Google, whom he believed was an ally until he began to suspect the company intended to launch its own ride-hailing service consisting entirely of its robotic vehicles.

But Kalanick also testified that his push to build a fleet of self-driving cars for Uber led him to start wooing Levandowski in 2015 while he was still at Google. Levandowski left early the following year to devote his time to Otto, a self-driving truck company he started with another Google employee, Lior Ron, who also left. Uber bought Otto later in 2016 for $680 million.

Waymo, which spun off from Google in 2016, alleged that Levandowski downloaded 14,000 documents containing its trade secrets before he left for Otto.

Uber denied know anything about those documents, but eventually fired him after he repeatedly asserted his constitutional right against self-incrimination leading up to the trial.

Ehrlich’s statement Tuesday said Levandowski downloaded the documents as an authorized Google employee and never brought those files to Uber or any other company.

The whiff of potential wrongdoing in Waymo’s civil case became even more pungent following the disclosure of allegations by a former Uber security specialist, Richard Jacobs, that the company employed an espionage team to spy on Waymo and other rivals while creating ways to conceal any stolen technology.

Google also pursued a separate case against Levandowski in arbitration proceedings, which resulted in a panel ordering Levandowski to pay the company $127 million, according to disclosure made by Uber leading up to its IPO. Uber may be held liable for paying all or part of that as part of guarantees it made in its Otto acquisition, but believes it may be able to get out of those obligations.

After Levandowski left Uber, he started another self-driving startup called Pronto, which said Tuesday that he would no longer be its CEO as he defends himself against the charges.

This story has been corrected to remove reference to secrets being sold to Uber.