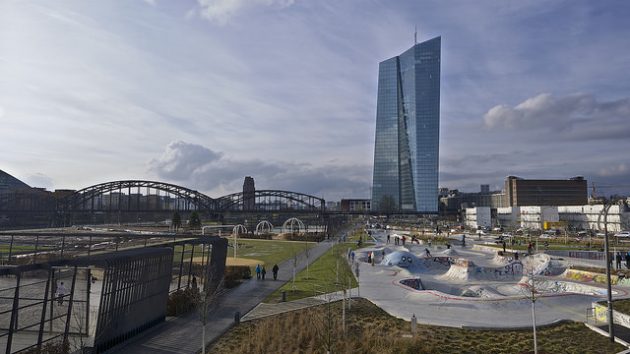 The written account of the bank’s July 26 meeting, released Thursday, says policymakers thought any dip in output “would be largely temporary.” However, they warned that global trade tensions posed a risk to their outlook.

Officials were more confident of achieving their goal of a sustainable inflation rate of just under 2 per cent in coming months, now that it has hit 2 per cent and more workers were winning wage increases.

Inflation, they said, was supported by “the ongoing strengthening in wage growth.”

The improving inflation backdrop is the main reason why the ECB has said it will end its stimulus program at the end of the year. However, it has said it will keep rates at record lows for longer to support the recovery – its main interest rate remains at zero while the rate on deposits the ECB takes from commercial banks is at an unprecedented minus 0.4 per cent.

The negative rate was a penalty aimed at pushing banks to lend excess cash instead of keeping it at the central bank. The bank says it is confident enough that inflation is heading toward its goal that it can end the 2.4 trillion-euro ($2.8 trillion) bond purchase program, which pumped newly created money into the economy to raise weak inflation and slow growth in the wake of the eurozone’s 2010-2012 debt crisis.

The ECB is well behind the U.S. Federal Reserve in withdrawing the emergency stimulus measures deployed in the wake of the global financial crisis a decade ago. The Fed is already raising rates amid strong growth and is letting its bond pile run down as the bonds are paid off, steadily withdrawing monetary stimulus.

Stimulus withdrawal will have wide-ranging effects. The money added to the system during the stimulus by global central banks pushed up the prices of assets such as stocks and real estate, and encouraged companies and governments in emerging markets to borrow. Ending the stimulus should reverse those trends, which is why the ECB is moving slowly as it moves toward the exit.