What's the hold up? How to keep goods moving freely between Northern Ireland in the U.K. and EU member state Ireland 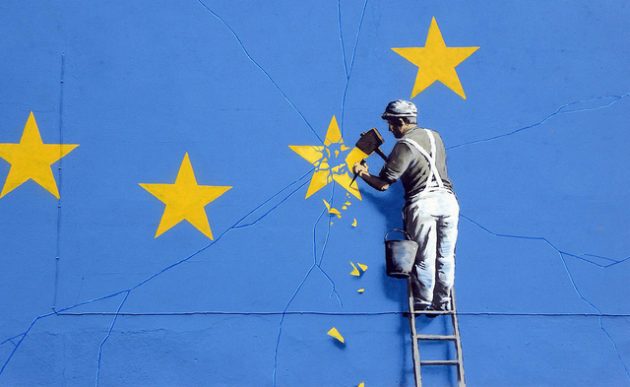 SALZBURG, Austria – Britain and its European Union partners failed on Thursday to secure a breakthrough in Brexit talks, largely because of seemingly intractable divisions over the best way to avoid a hard border on the island of Ireland and how to deal with future trade.

With Britain’s departure from the EU looming – March 29, 2019 – there are growing concerns that a deal on the post-Brexit relationship may not be cobbled together in time to ensure a smooth and orderly British exit.

Despite reports of a friendly spirit at the meeting, the fundamental differences remained, said EU Council President Donald Tusk after chairing a summit in Salzburg, Austria.

All leaders, including British Prime Minister Theresa May, are desperate to solve the biggest Brexit riddle – how to keep goods moving freely between Northern Ireland in the U.K. and EU member state Ireland.

“We need to compromise on both sides,” said Tusk, highlighting the importance of the Oct. 18-19 summit in Brussels. He wants a major breakthrough there, but also said a special Brexit summit could still be set up in mid-November.

If an agreement is to be sealed by March 29, May and her EU partners must find an acceptable answer in coming weeks so parliaments have enough time to ratify the agreement.

They’ve spent two days in Salzburg trying to do just that, but with no clear solution in sight, the sides have tried to ramp up pressure on each other. Each side is urging the other to compromise while the EU issues constant warnings to Britain about the Brexit clock ticking.

“Time is running short,” Irish Prime Minister Leo Varadkar told reporters. “We want to avoid a ‘No Deal Brexit,’ but we are preparing for that. We are hiring extra staff and officials, bringing in IT systems. We are ready for that eventuality, should it occur.”

Tusk said that key parts of the British proposals to leave would undermine the union of the 27 remaining members.

May has been looking to keep some part of trade between the U.K. and the EU in the bloc’s single market but not others. The EU has insisted that the single market cannot be cherry-picked like that.

Tusk said of her so-called Chequers proposals that “the suggested framework for co-operation will not work, not least because it risks undermining the single market” of seamless movement of goods, services, capital and persons.

May however said her Brexit plan is the “only serious and credible” proposal on the table that can guarantee the frictionless movement of goods across borders, and ensure there is no return to a hard frontier between Ireland and Northern Ireland.

Any Brexit deal will include a withdrawal agreement and transition period to smooth Britain’s exit from the bloc.

Currently that’s expected to last until the end of 2020 but if there is no deal to avoid the hard border in Ireland and a political declaration outlining future relations then there will be no so-called transition period. That would lead to Britain crashing out of the EU on Brexit day, a development that in theory could see flights parked and trade between the two sides grind to a halt.

For Ireland, it’s important not to undermine the hard-won peace after decades of sectarian tensions in neighbouring Northern Ireland.

Over dinner in Salzburg on Wednesday evening, May told the other leaders that Britain would not delay Brexit or hold a second referendum.

Amid reports that she had taken a tough line on the negotiations, EU Commission President Jean-Claude Juncker said Thursday that May had been “interesting” and “polite.”