Amid Brexit negotiations that have preoccupied the bloc for the past two years and rifts over migration policy, the EU felt it needed a clarion call of unity and to reiterate its fundamental principles 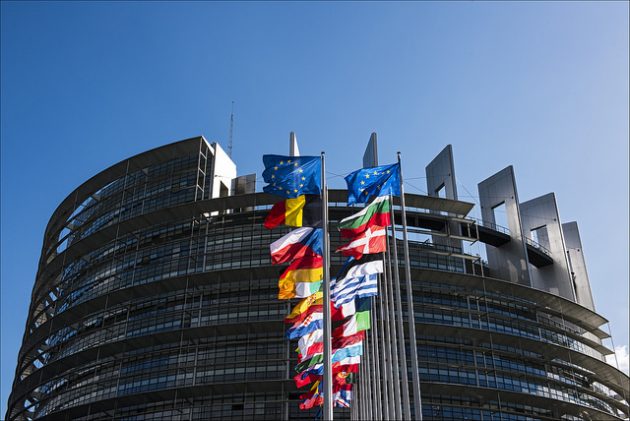 SIBIU, Romania—Despite the impending departure of Britain, the remaining European Union countries committed Thursday to stick together “through thick and thin” to emerge as a stronger world power after years of internal divisions.

“The world doesn’t sleep,” German Chancellor Angela Merkel said as 27 EU leaders held an informal summit in Romania. “We have to be innovative. We have to be strong, we have to be united.”

The U.K.’s planned departure from the EU has preoccupied the bloc for more than two years, so the summit was a chance to make a clarion call of unity and to reiterate the EU’s fundamental principles.

Leaders as disparate as French President Emmanuel Macron, an EU champion, and Hungary’s euroskeptic prime minister, Viktor Orban, found a 10-point list of generalities they could all get behind.

Macron argued the EU needs to stand up as one and to face China and the United States as an equal.

“Division will be our weakness,” the French leader warned.

Britain is still nominally an EU member, but Prime Minister Theresa May skipped the Romania summit and remained in London to try to get an EU withdrawal deal through Parliament.

The other 27 nations are unhappy about the drawn-out divorce with the U.K. A political impasse over the divorce agreement caused May to request a postponement to the original Brexit date of March 29, which has now been pushed back to October 31.

Because of all the time and effort lost on Brexit, EU leaders need to meet more often to catch up on other matters, Merkel said.

“We talked about the need to become faster when it comes to reaching decisions,” she said. “That’s why I proposed we could meet every two months for regular meetings.”

In what the leaders called “the spirit of Sibiu” in their joint declaration, they promised to stick together in a global environment “to make the most of new trading opportunities and to jointly tackle global issues such as preserving our environment and fighting climate change.”

But disagreements were evident on environmental issues. Macron lauded an approach from nine nations on climate change, but Merkel and others stayed away from it because they thought it was based too much on traditional energy sources.

“We consider the path of betting on nuclear power to be completely wrong,” Austrian Chancellor Sebastian Kurz said. “We have to fight climate change but neither nuclear energy nor coal-fired power plants are the right way.”

The process for picking the EU’s new top officials in Brussels also promises to produce a tussle. European Council President Donald Tusk and European Commission chief Jean-Claude Juncker are leaving later this year. It promises to be a mighty tussle.

So much so that Tusk called for a special summit on May 28, two days after the EU parliamentary elections end, to streamline the procedure and hasten the vetting of candidates.

Mark Rutte is seen by many as an early favourite to replace Tusk, but the Dutch prime minister said on Thursday he was not a candidate. In the past, candidates who declared early faded quickly and never got the job they hoped for.

Juncker is also slated to leave in November and replacing him is expected to be more complicated, considering the results of the May 23-26 European elections must also be taken into account.