EDC conceded transaction with politically exposed persons was a mistake. The experience triggered due diligence and decision-making improvements 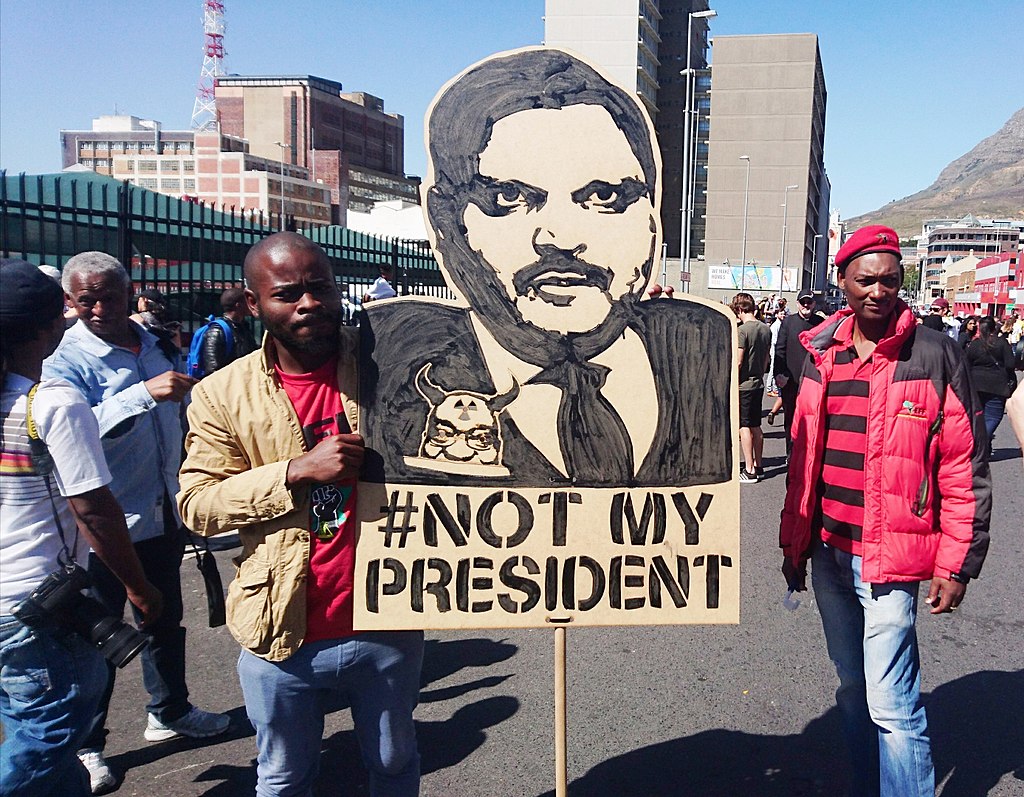 PHOTO: A protest placard of Atul Gupta carried by two EFF members on either side of it at the Zuma Must Fall protests in Cape Town/Discott via Wikimedia Commons

Export Development Canada (EDC) released a statement today in which the financial Crown corporation says it regrets providing a US$41 million loan in April 2015 to Westdawn Investments, a South African company owned by members of the Gupta family.

The loan was to help finance the export of a Bombardier aircraft.

The transaction came under scrutiny when allegations mounted against the Gupta family pertaining to corruption and political influence with the South African administration of President Jacob Zuma.

EDC ended its business relationship with Westdawn in December 2017 and the company responded with litigation against EDC in the United Kingdom contesting the termination.

While the active litigation prevents EDC from sharing details, EDC said it should have been more transparent in response to questions about the loan.

The statement is an acknowledgement of a mistake in providing the loan and cultivating a business relationship with the Gupta family, noted Carl Burlock, EDC’s executive vice-president and chief business officer.

Burlock said that while its processes did flag political influence concerns, “they did not include an in-depth examination of risks related to Politically-Exposed Persons (PEPs).”

EDC noted that it has addressed the political influence risk gap by ensuring PEP-related risks are built into its due diligence process.