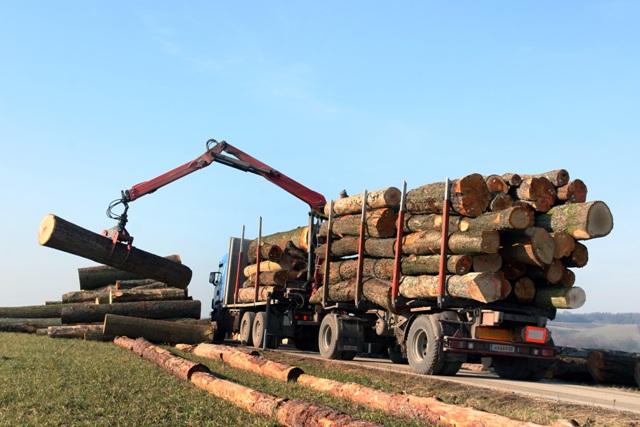 Canada exported about US$4.7 billion worth of lumber to the U.S. last year and Canadian companies warn duties could result in job losses in Canada

MONTREAL—The U.S. International Trade Commission says it has found there was a reasonable indication that softwood lumber products from Canada materially injured American producers, setting the stage for the imposition of preliminary duties that softwood producers fear could impact Canadian jobs.

The trade commission announced Jan. 6 that it made an initial determination of harm from Canadian lumber that is “allegedly subsidized and sold in the United States at less than fair value.”

It said the U.S. Commerce Department will continue anti-dumping and countervailing duty investigations launched Dec. 16 into the imported products.

“In the final phase, which is a much longer and much more in-depth investigation, the commission will make a determination whether the U.S. industry is injured by reason of the imports,” said spokeswoman Peg O’Laughlin.

The preliminary finding could force U.S. importers of Canadian lumber to pay cash deposits to cover preliminary countervailing duties in early March, followed in mid-May with deposits for any anti-dumping duties, unless the deadlines are extended.

Canadian softwood producers say the duties would result in job losses and plant closures north of the border.

International Trade Minister Chrystia Freeland said Canada is prepared for any situation and the government will vigorously defend the interests of Canadian workers and producers.

“Our softwood lumber producers and workers have never been found in the wrong; international bodies have always sided with our industry in the past,” she said in a statement.

The decision to investigate is in response to petitions filed in November from the U.S. Lumber Coalition, which alleges that provincial governments, which own most of Canada’s vast timberlands, provide trees to Canadian producers at rates far below market value, along with other subsidies.

Softwood producers in Canada dispute the U.S. Lumber Coalition’s allegations. Montreal-based Resolute Forest Products said producers in Quebec and Ontario pay market prices and should have access to free trade with the U.S.

The B.C. Lumber Trade Council has said the claims levelled by the U.S. lumber lobby are based on unsubstantiated arguments that were previously rejected by independent NAFTA panels.

Paul Quinn of RBC Capital Markets said the Americans will likely initially impose a high duty to get Canada to negotiate a deal over a long period that’s favourable to the U.S.

“The reality is everybody’s making money so just the initial determination of harm is a difficult one in an environment where everybody was making money,” he said from Vancouver.

Resolute spokesman Seth Kursman said the company hopes the federal and provincial authorities won’t be “intimidated and bullied” by U.S. action given the importance of the forest products industry to the Canadian economy.

“Support of the industry in the form of loan guarantees and other measures of assistance will be critically important as this dispute continues to unfold,” he wrote in an email.

Freeland said the government will only enter into an agreement that is good for Canadian workers and producers.

“At the same time, the protectionist climate in the U.S. does complicate any trade negotiation, including this one,” she added.

Canada exported about US$4.7 billion worth of lumber to the U.S. last year, according to the U.S. Commerce Department.

The case involves softwood lumber, siding, flooring and some other coniferous wood products.