The effort is an early hedge against the perils of protectionism 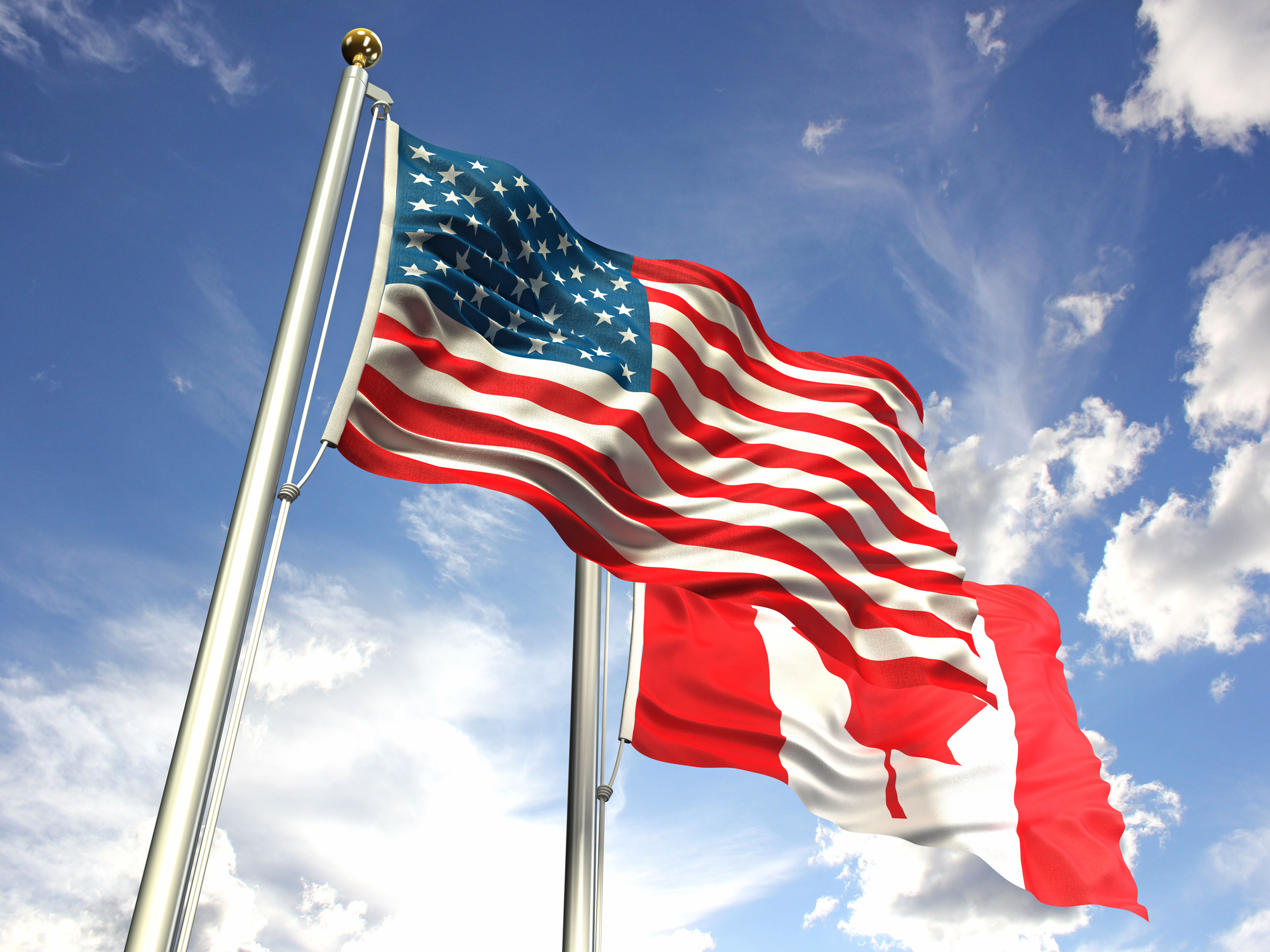 American and Canada flags waving against the sky.

WASHINGTON — Travel between Canada and the United States is still restricted but businesses, diplomats and communities that depend on cross-border traffic are urging the two countries to join forces in a co-operative approach to thriving in the new post-pandemic global economy.

The Washington-based Canadian American Business Council launched a new online campaign May 21 to convince states, provinces and federal officials on both sides of the border to team up in their battle back from the impact of COVID-19.

The primary goals of the council’s “North American Rebound” campaign are to encourage Canada and the U.S. to work together to secure personal protective equipment, replenish and maintain each other’s medical stockpiles and defend critical cross-border supply chains.

Expanding market opportunities in both countries would speed recovery efforts and better equip both to compete in a world that promises to be dramatically different, said Scotty Greenwood, the council’s CEO and a veteran of the perpetual battle to represent Canadian interests stateside and U.S. interests in Canada.

In many ways, the effort is an early hedge against the perils of protectionism, not only from the famously insular Trump administration.

“It’s not just the U.S.,” Greenwood said in an interview.

“There’s a political tendency — which is understandable, but it doesn’t really work — to say, ‘We’re going to be self sufficient, we’re going to reshore everything and we’re going to go it alone, we don’t want to be dependent on somebody.’ When you think about the Canada-U.S. context, it’s not efficient, and it’s not workable.”

Diplomats, business experts and scholars who specialize in Canada-U.S. matters have been virtually unanimous over the last two months in their praise for the mutual ban on non-essential travel, which since mid-March has been aimed at curbing the spread of the virus without impairing the movement of trade, business and essential workers.

Early kinks in the system, largely the result of border guards’ having broad discretion to determine what constitutes “essential” traffic, have largely now been smoothed out, said Mark Agnew, senior director of international policy with the Canadian Chamber of Commerce.

One of the next challenges will be dealing with congestion when the border reopens, as well as ensuring adequate testing and tracing of the contacts of people who test positive for COVID-19, Agnew said.

“As commercial activity increases, border wait times are a potential pain point if staffing levels are not ready to meet increased demand,” he said. “Economic activity is also not a lightswitch; companies need lead-in time to prepare.”

Specific direction on the safest way to travel and what measures are required in various parts of each country — where face masks, gloves and other forms of protective gear are mandatory, for instance — will be vital, as will having supplies ready at border crossings to prevent people being turned away because they don’t have their own, he added.

“Lots of travellers still forget they even have a water bottle in their carry-on.”

Prime Minister Justin Trudeau confirmed earlier this week that current border restrictions would persist until at least June 21. But as businesses reopen and personal mobility restrictions ease on both sides of the border, talk is turning towards what it will look like when the agreement is finally allowed to lapse.

Kathryn Friedman, a law professor and Canada-U.S. border expert on the Buffalo campus of the State University of New York, said fear of so-called “Buy American” or “Buy Canadian” requirements in forthcoming stimulus efforts have been a common theme in her discussions with stakeholders.

A truly united North American approach, she said, could prove a boon to border towns and cities that have been brutalized by the drop in travel over the last two months.

“Given that now there’s a real push for companies to bring suppliers back home, to really get out of China and reshore back in the United States or Canada, there’s a real opportunity for places like Detroit-Windsor, Buffalo, Niagara, maybe even Seattle and Vancouver, to position themselves as a new platform in each region for reshoring of supply chains,” Friedman said.

As for the challenges of border logistics in a pandemic, U.S. Customs and Border Protection and the Canada Border Services Agency may enforce the rules, she added, “but it’s really the local folks who come up with the creative solutions.”

Greenwood has championed the idea of an “essential commerce traveller” program, based on existing trusted-traveller programs like Nexus and Global Entry, that would cut the risk of border officers’ using their broad discretion to deny access to people who should be allowed to cross.

The Canada-U.S. relationship isn’t strictly a federal affair, Greenwood said — the bulk of the trade and commerce that transits the shared border tends to have the greatest impact at the regional and even local level, which is why the statement has been endorsed by more than 24 business councils, diplomats and community stakeholders on both sides.

“We know from our experience, and we know from what’s happening now, that it requires a constant drumbeat reminding policymakers and reminding everybody about how truly integrated we are, and how that’s a good thing.”

The campaign includes an online portal, at www.cabc.co/rebound, that allows supporters to add their names to the effort.