The two leaders agreed the trade dispute "should be handled properly through substantial consultation," said a Chinese foreign ministry spokesperson 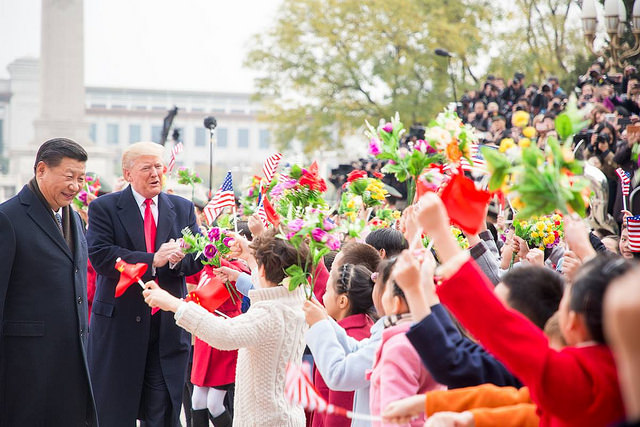 The two leaders agreed to “strengthen economic exchanges,” said a ministry spokesman, Lu Kang. He gave no indication whether they made progress on settling an escalating tariff war over Beijing’s technology policy.

Trump said earlier on Twitter that he and Xi had a “very good” conversation.

Trump has imposed penalty tariffs of up to 25 per cent on US$250 billion of Chinese goods in a dispute over Beijing’s plans for state-led development of technology industries. Washington, Europe and other trading partners say those violate China’s market-opening obligations and some American officials worry they might erode U.S. industrial leadership.

Trump said he and Xi plan to meet during a gathering of the Group of 20 major economies this month in Argentina.

“Both leaders attach great importance to China-U.S. ties and economic ties,” Lu said. “President Xi Jinping also stressed that China-U.S. trade has long been serving as ballast and a stabilizer for China-U.S. relations.”

The two leaders agreed the trade dispute “should be handled properly through substantial consultation,” Lu said.