The 30 per cent tariffs announced in January improperly help U.S. producers in violation of WTO rules, the Commerce Ministry said 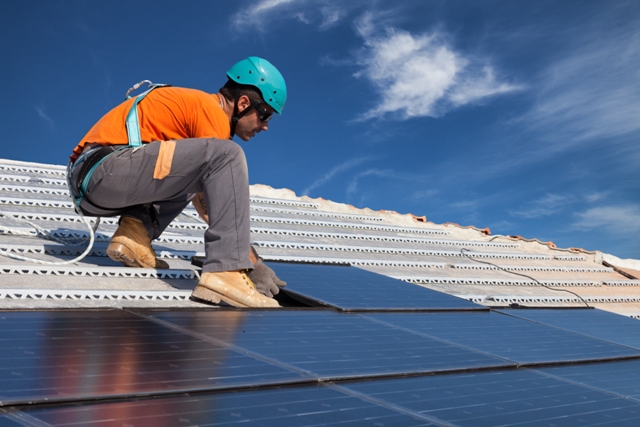 The Trump administration has defended the solar tariffs as necessary to protect American producers.

BEIJING – China says it is challenging a U.S. tariff hike on solar panels before the World Trade Organization, adding to its sprawling conflicts with President Donald Trump over trade and technology.

The 30 per cent tariffs announced in January improperly help U.S. producers in violation of WTO rules, the Commerce Ministry said. It said a formal complaint was filed Tuesday with the WTO in Geneva.

The solar duties are separate from tariff hikes imposed by the Trump administration starting in July on Chinese imports in response to complaints Beijing steals or pressures companies to hand over technology.

The duties also apply to imports of solar cells and modules from Europe, Canada, Mexico and South Korea. That strained relations with U.S. allies.

The Trump administration has defended the solar tariffs as necessary to protect American producers, saying import prices were unfairly low due to subsidies and other improper support.

Washington took action under a 1974 U.S. law instead of through the WTO. That led to complaints it was undermining the global trade body. U.S. officials say such action is necessary because the WTO lacks the ability to address Chinese trade tactics.

China has tried to portray itself as a defender of the WTO-based trading system. It has attempted to recruit European and other governments as allies against Washington, but they echo U.S. complaints about Chinese market barriers and industrial policy.

The European Union filed its own WTO complaint in June against Chinese technology policies it said violate Beijing’s free-trade commitments.

WTO complaints begin with negotiations between parties to the dispute. If those fail, the case moves to a panel of experts who can decide whether the trade controls are improper.

In their technology dispute, Washington imposed 25 per cent duties on $34 billion of Chinese goods it said benefit from improper industrial policies. Beijing responded with similar penalties.

Another round of U.S. tariff hikes on $16 billion of Chinese goods is due to take effect Aug. 23. Beijing says it will retaliate.

Earlier, Beijing filed a separate WTO challenge on July 16 to Trump’s proposal for yet another round of increases that would add 25 per cent import duties on an additional $200 billion of Chinese goods.