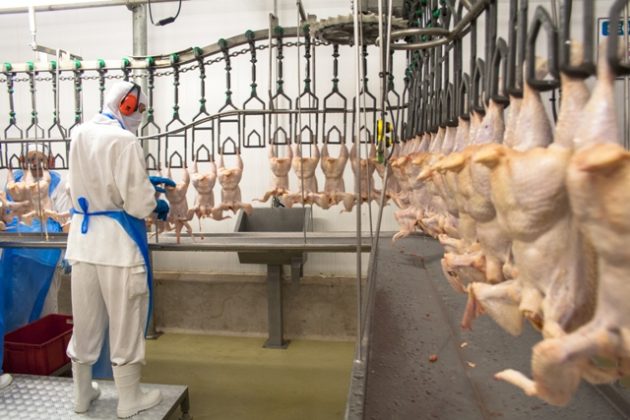 BEIJING—China has delayed enforcing sweeping new controls on food imports following complaints by the United States, Europe and other trading partners that they would disrupt billions of dollars in trade.

Rules requiring each food shipment to have an inspection certificate from a foreign government were due to take effect Sunday. But Beijing has decided to grant a transitional period of two years following comments by other governments, according to a document submitted to the World Trade Organization on Monday and seen by The Associated Press.

It gave no details, but the delay might help avert concerns that shipments of meat, fruit, dairy and other products could be disrupted, hurting thousands of farmers and food processors who look to China as a key growth market.

The dispute added to trade tensions with the United States and Europe, which complain that low-priced exports of Chinese steel and aluminum are hurting foreign competitors and threatening jobs.

The food rules prompted unusually broad opposition. Governments said little in public, but a coalition including the United States, European Union, Japan, Australia and Argentina lobbied Beijing to scale back the requirement. They urged China to follow global practice and apply it only to high-risk food.

Some officials suggested Beijing was trying to restrict imports in violation of its market-opening promises. Foreign suppliers complain Beijing already uses safety rules in ways that hamper access for beef and other goods.

“According to the complaints and application received, we hereby decide to provide a transitional period of 2 years,” said the document submitted to the WTO by the Administration for Quality Supervision, Inspection and Quarantine of China.

AQSIQ, the main Chinese product quality agency, did not respond to questions submitted by fax and email about what would happen during the transitional period.

The inspection rules follow an avalanche of scandals over Chinese suppliers caught selling tainted milk and other shoddy or counterfeit food. Western officials said they appeared to be meant to shift responsibility away from AQSIQ, which Chinese consumers often blame for safety failures.

This month, Beijing banned imports of soft cheese such as brie and camembert that it said contained the wrong types of bacteria. European officials complained the ban was unfair because the regulators permitted sales of similar cheeses produced in China using the same bacteria.

The dispute added to complaints that Beijing is reducing market access for goods ranging from medical technology to farm-related biotech.

Beijing made concessions including allowing governments to certify food as fit for human consumption instead of confirming it met Chinese quality standards. Still, the latest draft submitted to the WTO said the rules would apply to items including dried fruit, cocoa and spices that foreign officials said don’t require such intensive inspection.

The depth of U.S. concern was reflected in Washington’s decision to take part at a time when President Donald Trump had downplayed trade disputes to gain Beijing’s support in dealing with North Korea. U.S. officials have since stepped up criticism of Chinese trade policy.

European officials complained the regulations appeared to be intended to shield Chinese suppliers from competition and allow Beijing to block imports from individual countries if it chose.