Apple and wine producers are preparing for a tsunami of U.S. exports as American farmers and processors shift away from China in the wake of punishing tariffs announced April 2 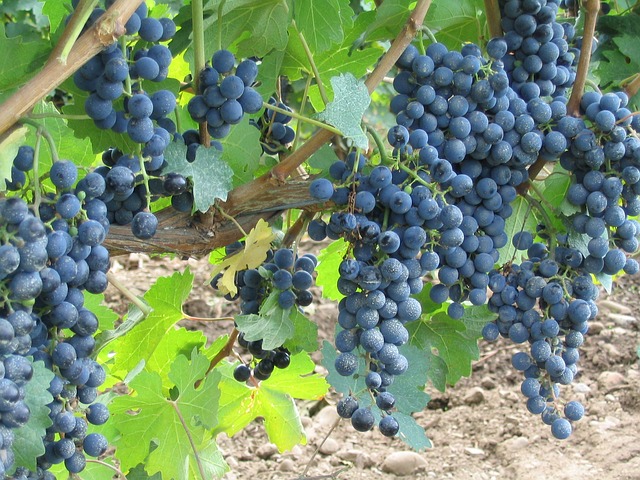 The Winery and Grower Alliance of Ontario CEO Aaron Dobbin said the United States has a $450-million trade surplus with Canada on wine and is always looking to increase its market share.

The Chinese government announced tariffs on Monday ranging between 15 and 25 per cent on 128 items, including fruit, nuts, pork, ginseng, wine, steel pipe and aluminum scrap in retaliation for an estimated US$3 billion in U.S. tariffs on steel and aluminum.

“(Our) biggest fear is more product could be sold into Canada increasing price pressure in the Canadian market,” she said.

Ciceran said retail prices will depend on the degree of savings passed on to consumers by retailers.

Karl Littler of the Retail Council of Canada expects that a lengthy trade spat would force Canada’s largest grocery chains to pass along most of the cost decreases because of the fierce competition they face.

“You’d think that most of it would wash through at some point but I wouldn’t presume some immediate bonanza,” the vice president of public affairs for the group said in an interview.

Littler said a trade war between the world’s two largest economies will be damaging for everyone.

“Nobody’s rubbing their hands in glee over what might be somewhat lower prices on U.S. oversupply because the broader implications of trade wars for the world economy.”

He said American growers seeking alternative markets for their exports would look northward because of the easier transportation logistics.

But Peter Hall, chief economist of Export Development Canada, said Canada is a relatively small market to absorb all the volume destined for China.

He said the tariffs could open the door for Canada to export more goods to China, which is experiencing growing demand for pork and other products.

Glen Lucas, general manager of the BC Fruit Growers Association, said the Chinese tariffs will be disruptive but is hopeful that American efforts over the last 20 years to develop export markets will prompt Americans to sell more to other markets.

“I think it’ll just cause market confusion and a lot of hassle for the producers to figure out where the products are flowing,” he said. “I would expect that there would be a shift to markets that don’t have tariffs.”

Lucas said Canadian consumers aren’t likely to get much of a break on retail apple prices, because tariffs would just trim a few cents off the wholesale per pound price.

The Winery and Grower Alliance of Ontario CEO Aaron Dobbin said there may be an opportunity for some Canadian sparkling wine to be sold to China, but additional U.S. wine could also be shipped to Canada.

He said the United States has a $450-million trade surplus with Canada on wine and is always looking to increase its market share.

The Canadian Pork Council said producers aren’t expecting a big impact from the 25 per cent Chinese tariffs because there is a lot of pork available around the world.

Executive director John Ross said tariffs could change flows of exports but is unlikely to have an impact on prices.

“The way that the Canadian and U.S. markets are integrated we’re not seeing a lot of great opportunities showing up because of tariff changes as they affect the United States.”

He added that fresh Canadian pork isn’t currently permitted into China and some cuts of meat favoured in that country, such as pig feet, aren’t very popular with Canadian consumers.

Sylvain Charlebois, dean of the faculty of management at Dalhousie University in Halifax, said exporters will be cautious about trying to fill any U.S. void in China because it takes time to develop channels and nobody knows how long the dispute will last.

The 15 per cent tariff on steel pipe and 25 per cent charge on aluminum scrap are unlikely to have any impact on Canadian production, said the heads of the respective industry associations.