Improved steel shipments should boost the port of Hamilton, Ont., while wheat is pumping up volumes in Thunder Bay 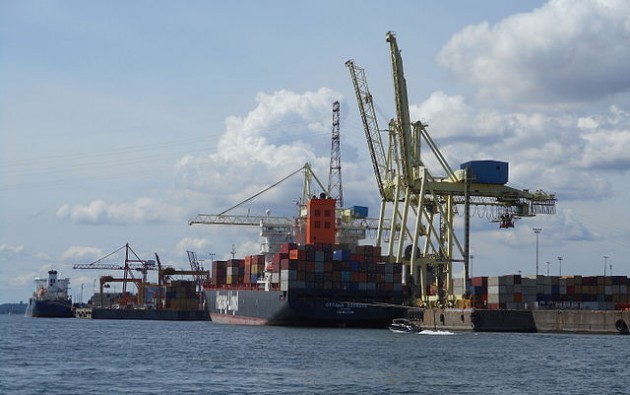 MONTREAL—Some of Canada’s largest ports are anticipating a stronger year for the transportation of cargo.

The Port of Montreal says a new cargo terminal should again bolster volumes, which grew 10 per cent in 2016 to a record 35.2 million tonnes.

“We are entering a new year with a sense of accomplishment,” said CEO Sylvie Vachon.

The Ontario ports of Hamilton and Thunder Bay say increased shipments of steel and wheat respectively should boost volumes above around nine million tonnes each handled last year.

“There’s certainly reasons to believe it will be stronger,” Ian Hamilton, new CEO of the port just west of Toronto, said pointing to the contribution from higher agricultural product shipments.

Although Hamilton is expecting its best performance in four or five years, shipping volumes have decreased over the last 20 years as steel plants shuttered or reduced their output.

Thunder Bay says bulk tonnage has increased an average of two million tonnes a year since changes were made to the Canadian Wheat Board.

The Port of Prince Rupert’s Fairview terminal will celebrate its 10th anniversary with the completion of a $350-million investment that will expand capacity with a second berth and cranes to handle large ships. A future expansion by DP World and its financial partner, Quebec’s Caisse de depot, is expected to be unveiled in 2017. When completed around 2021, it is expected to handle growing liquid natural gas exports.

After facing only its second annual volume decrease last year, the port will return to “a growth trajectory” in 2017, although not at the double-digit level it has experienced in the past, said CEO Don Krusel.

He said the port faced challenges last year from the bankruptcy of a Korean shipping customer, industry consolidation and softening Asian economies that reduced demand for Canadian commodities.

Canada’s largest port in Vancouver declined requests for comment ahead of next month’s release of its 2016 results.