Policy changes in India are troubling pulse producers, as Canada shipped $1.5 billion worth of peas and lentils to India in 2015, accounting for about a third of all pulse exports 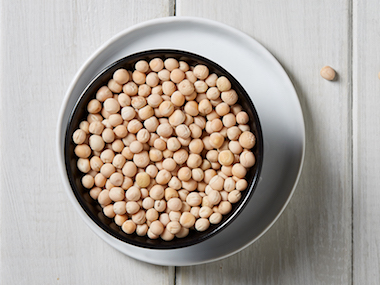 India is tightening its import rules for pulses, which include peas and lentils. PHOTO: Roquette

CALGARY—Canada’s producers of peas and lentils are preparing for the possibility that their largest market may soon shut down imports because of a purported problem with pests.

For more than a decade, India has allowed Canada to treat pulse shipments for pests after shipping rather than before. But that may come to an end next month.

The fumigation of pulse pests requires the use of methyl bromide, a pesticide that Canada is trying to phase out because of concerns it depletes the ozone layer. It also doesn’t work well in Canada’s colder temperatures, leaving pulse producers with few options.

The stakes for the country’s estimated 12,000 pulse farms are high. Canada shipped $1.5 billion worth of peas and lentils to India in 2015, accounting for about a third of all pulse exports.

Bacon said the federal government submitted documents to India in December pressing its case that the risks of Canadian pulse crops carrying pests is minimal because of the winter climate.

“India’s message has become much more firm in terms of what their intention is at the end of March, which is why we’re much more concerned now,” he said.

Pulse producers are now eagerly waiting for a response, with an answer possibly coming in days. But shipments are already being disrupted, Bacon said, with at least one shipping firm refusing to take pulses this week because of the uncertainty.

“It’s hugely problematic for the industry when there’s no clarity on what the policy will be,” said Bacon.

According to the notice, an Indian government official said methyl bromide is the only effective treatment against pulse pests, Indian exporters follow requirements of other countries and importers should do the same, and India shouldn’t bear the risks to the ozone layer alone.

The association’s notice said the government official also outlined potential alternatives, including the possibility of countries submitting data proving that other treatments are equally effective, a system-wide preventative approach assessed by Indian officials, or cargo pre-inspection.

The issue carries some parallels to Canada’s dispute last year over canola exports to China, which had set restrictions on the amount of detritus allowed in shipments because of phytosanitary, or pest, concerns.

Marlene Boersch, owner of the market research firm Mercantile Consulting Venture, said a bumper crop and dropping pulse prices in India may be behind that country’s decision to tighten its import policies.

“It could be—I’m phrasing it carefully—a little bit of a means to keep domestic prices up,” Boersch said.

Guy Gallant, a spokesman for federal Agriculture Minister Lawrence MacAulay, said in an email that the matter is a priority and the government is working diligently with the Indian government to address concerns and demonstrate that Canadian pulse exports do not pose a phytosanitary risk to India.