Canada’s big new trade deal: How it could affect a far bigger agreement

Experts are divided on how the revived TPP pact will affect NAFTA talks. Some expect added tension, while others say the accord will show the Trump administration Canada "has options"

January 24, 2018  by Alexander Panetta and Mike Blanchfield, The Canadian Press 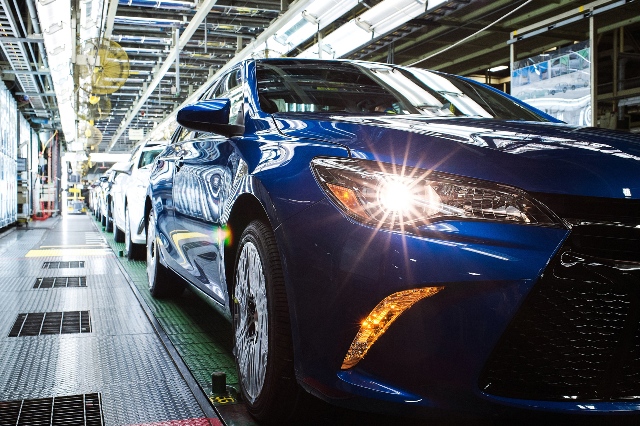 MONTREAL—The signing of a sprawling new trade pact involving two North American countries has revealed a rift in philosophy with the continent’s superpower and raised the question of whether those differences might complicate the NAFTA negotiations.

Canada and Mexico joined the new Trans-Pacific Partnership as the three North American countries gathered Jan. 23 in Montreal for a week-long round seen as potentially pivotal in gauging the prospects for a new NAFTA after a contentious few rounds.

The chief negotiators for Canada and Mexico brushed aside the idea that the TPP deal would affect NAFTA talks.

“It’s pretty much separate tracks,” Canada’s lead negotiator Steve Verheul told The Canadian Press, while walking between meetings at the negotiating round in Montreal.

“It has not come up here yet—so far.”

Some critics bemoaned the timing of a decision to dive into a new Asia-Pacific trade zone, when some of the deal’s basic principles run counter to those of the new, Donald Trump-led U.S. administration.

Trump’s team professes to detest multilateral deals; it’s keen to restrict imports from Asia; and it withdrew from the TPP as one of the incoming president’s first acts in office—exactly one year earlier, on Jan. 23, 2017.

Fast-forward one year later, Trump was back in the Oval Office making another announcement on trade with Asia. This time he held a signing ceremony to celebrate punitive duties on washing machines and solar panels, and singled out China as his target.

He sounded optimistic about NAFTA.

“NAFTA is moving along pretty well.” Mentioning his trade czar Bob Lighthizer, the president said: “If it doesn’t work out, we’ll terminate it. But I think you’re doing pretty well, Bob.”

Some fear the bonhomie could hit a brick wall.

On automobiles in particular, manufacturing jobs are a key Trump priority. The three countries have been hoping to make progress at this round, and Verheul confirmed he intends to suggest ways to help the U.S. meet some of its objectives.

But on autos, the TPP runs in the exact opposite direction of Trump’s goals. He wants taller trade barriers, and fewer Asian parts; but TPP liberalizes auto-parts trade, meaning more pieces imported from Asia, including from countries not in the deal—like China.

The current NAFTA allows 37.5 per cent of a car to come from outside the trade zone, before tariffs apply. Trump wants that cranked down to 15 per cent—but the new TPP zone moves dramatically in the other direction, to 55 per cent.

One auto stakeholder called it inconceivable that Canada would sign a deal that does the opposite of what its No. 1 customer wants.

“This could not be a dumber move at a more important time,” said Flavio Volpe of Canada’s Auto Parts Manufacturers’ Association. He accused the government of chasing a legacy item, without regard for how it might affect the far more important NAFTA negotiations: “We’re trophy hunting.”

And that’s precisely the point, according to defenders of the TPP deal. Pointing to that dependency on the U.S., several defenders said there’s a need for trade diversification. One senior federal source said it even helps Canada’s position at the NAFTA bargaining table, showing the U.S. that it will look elsewhere for partnerships, giving Canada greater leverage.

“It’s better than worth it. It’s advantageous,” said the official, who spoke on condition of anonymity because he was not authorized to speak publicly on the matter.

“The U.S. does not respect weakness.”

Another potential problem area is dairy: the U.S. wants more access to Canada’s closed market. TPP already opens it up a crack to foreign competition, and defenders of the system say it can’t handle any more liberalization.

One Washington-based consultant who knows trade, and the auto sector, offered a nuanced view.

Eric Miller said he’s thrilled the deal happened. But he acknowledged it could still create headaches at the NAFTA table. Miller, who worked for the federal government on the 2009 auto bailout, said it will complicate the conversation on auto parts.

He predicted this will intensify the American desire for rules that extensively track the origin of pieces. This will raise costs for companies, in terms of compliance and possible fines, he added. And he said U.S. customs officers will have to keep a closer eye out for Asian components in Canadian shipments.

“It will certainly make things more complicated,” Miller said. “(And) these NAFTA discussions (on autos) become all the more important.”

That being said, Miller said the TPP deal is great for lumber exporters, livestock producers and many other Canadians and he believes it’s smart for Canada to diversify its trade.

“I think it’s great news for Canada and Canadian exporters,” Miller said. “This helps to advance the cause of trade diversification … (and) I think it actually helps Canada’s leverage in NAFTA.”

Miller added, “This sends a signal: that Canada has options.”

Mexico’s chief negotiator agreed that the new pact made a broader point. Kenneth Smith Ramos denied that it would affect NAFTA, but he said: “It sends a signal that we can work together with Canada in the context of international trade negotiations.”