As negotiations go down to the wire and rumblings of a deal within days grow louder, sources say the U.S. has revived the sunset proposal, a clause allowing for the easy termination of NAFTA after several years 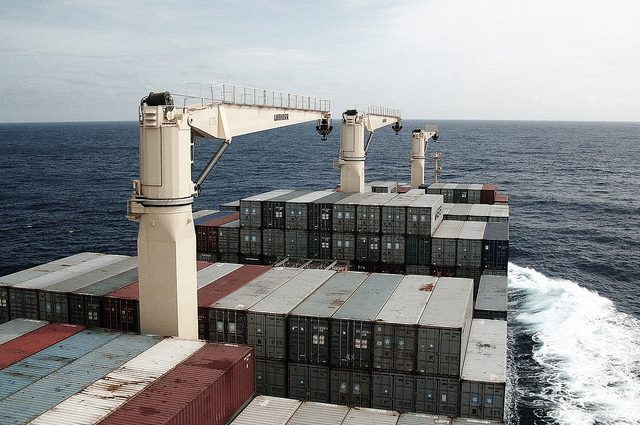 Uncertainty in trade is estimated to be costing the Canadian economy about 0.2 per cent of its growth this year and officials are keen to bring some stability, not the permanent uncertainty a sunset clause might promote. PHOTO: Maersk Line, via Flickr

WASHINGTON—Canada and the U.S. have had a testy exchange over the idea of including a termination clause in NAFTA, with this idea of a so-called sunset clause emerging as a late-stage sticking point in the negotiations.

The U.S. has revived the sunset proposal.

In the late stages of bargaining, with hopes of a deal within days, sources say the United States has made clear it wants some sort of additional mechanism allowing the easy termination of NAFTA after several years.

The U.S. last fall proposed a five-year clause, which would end NAFTA unless all countries repeatedly agreed to continue it. It was later kept off the published list of U.S. priorities.

But sources say Foreign Affairs Minister Chrystia Freeland and U.S. trade czar Robert Lighthizer clashed over the proposal again this week during an extended round of high-level talks aimed at getting a deal.

Freeland told reporters Wednesday she has two problems with the sunset idea.

First, she said it would add an element of uncertainty to what she thinks would be a good agreement. Second, she pointed out that NAFTA already has a clause allowing countries to leave.

“Canada’s position on the sunset clause is unchanged,” Freeland told reporters on her way into the U.S. trade building for her next meeting with Lighthizer.

“Our view is that this is absolutely unnecessary.”

Uncertainty in trade is estimated to be costing the Canadian economy about 0.2 per cent of its growth this year and officials are keen to bring some stability—not the permanent uncertainty a sunset clause might promote.

But sources say the U.S. hasn’t fully refined its sunset proposal and has suggested it could be designed in different ways. One possibility is to have it kick in depending on the size of trade deficits.

Differences over steel were said to be the other main irritant this week. The countries have different opinions on how to limit the trans-shipment of over-produced Chinese steel through Canada, into the U.S.

Worldwide tariffs from the U.S. are set to kick in next Tuesday. This coincides with the U.S.’s desired timing for a NAFTA deal, as a deadline approaches for satisfying all the procedural rules to get a vote on a new deal in the U.S. Congress this year.

It’s also the date Lighthizer is expected to leave for China.

All of this leaves negotiators working against the clock. Several chapters have yet to be closed and differences over dairy, intellectual property and other issues have yet to be resolved as the countries deal with autos.

But one insider said the vast majority of the conversation this week has been positive—the sunset clause notwithstanding.

“I’m not going to say there wasn’t a bit of arguing,” said one observer, who could not be identified given the sensitivity of the talks.

Freeland said there was another positive meeting Wednesday: ”There was good, constructive progress,” she said, after emerging from an hours-long encounter with Lighthizer.

She said the sunset proposal was not part of Wednesday’s negotiations, a day after it had caused tension. She said Wednesday’s conversation focused on details about auto parts, which she calls the heart of a new NAFTA.