Widely considered the main holdout to a revamped deal, Canada was blamed for scuttling an accord late last year. Ottawa now says it's secured the changes it was working toward 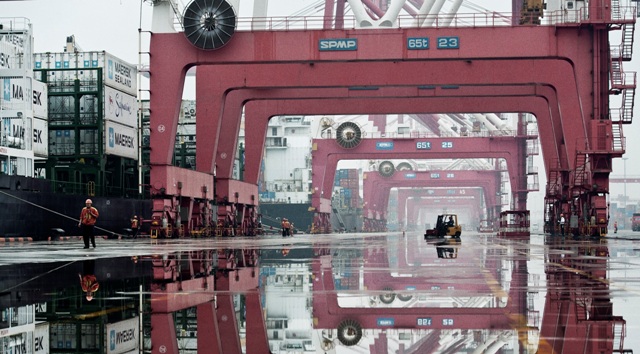 The trade agreement is expected to facilitate more robust trade relations between the 11 countries still part of the deal. PHOTO: The Maersk Group

OTTAWA—Canada and the remaining members of the old Trans-Pacific Partnership agreed Jan. 23 to a revised trade agreement that will forge ahead without the United States and give Canadians more access to Japan’s massive economy.

The deal, which follows two days of high-level talks in Tokyo, was confirmed by a spokesman for International Trade Minister Francois-Philippe Champagne. The partners are now expected to work toward signing the agreement by early March.

The announcement came just hours after a Canadian government official said Ottawa was optimistic that a revised Asia-Pacific pact would be reached as early as Tuesday.

The official, who spoke on condition of anonymity, told The Canadian Press that Ottawa believed a deal could be struck, even as it pushed for more progress on negotiations surrounding the automotive and cultural sectors.

After the announcement, another Canadian government official said Champagne pressed his counterparts for an exemption on culture-related elements that had been part of the original deal.

Canada, the official said, will protect its cultural sector in the updated deal through legally binding side letters with each partner.

On autos, the official argued Canada made progress in support of its automotive sector and ensured it can compete anywhere on a level playing field. Canada, the official added, struck a bilateral deal with Japan to resolve non-tariff barriers on autos, including a binding dispute settlement mechanism. The official said it also reached a bilateral agreement with Malaysia to adjust auto rules-of-origin and is finalizing another one with Australia.

Canada, the second-largest economy among the partners, was widely considered the main holdout in the negotiations. Last fall, the pact was rebranded the Comprehensive and Progressive Agreement for Trans-Pacific Partnership.

The Tokyo negotiations were the first high-level talks since the leaders of the partner economies met in November on the sidelines of the Asia-Pacific Economic Co-operation summit in Danang, Vietnam.

Prime Minister Justin Trudeau made international headlines there by deciding not to sign an agreement-in-principle on what became known as TPP11 following the U.S. withdrawal.

Trudeau’s decision in Vietnam to continue negotiating for a better deal, rather than striking an agreement, led to the abrupt cancellation of a TPP leaders’ meeting in Danang.

Many believed the original TPP had suffered a fatal blow when Donald Trump withdrew from the deal in one of his first acts as U.S. president.

The agreement was reached Tuesday as Canada faces a tough renegotiation of the North American Free Trade Agreement. NAFTA negotiators from Canada, the United States and Mexico are meeting in Montreal this week.

The government official said Trudeau had been bringing up the Asia-Pacific trade pact in recent months every time he’s had conversations with leaders from the other partner economies. Over the last week, he discussed the deal with the leaders of New Zealand and Chile by phone.

Trudeau also dispatched well-connected Vancouver Economic Commission chief executive Ian McKay as his personal envoy at this week’s negotiations in Japan, the official said. McKay, a former national director of Trudeau’s Liberal party, has “deep knowledge” of business in Japan and was engaging with the Japanese government at the highest level, they added.

McKay joined Canada’s chief and deputy chief negotiators in Tokyo for two days of talks that were scheduled to wrap up Tuesday.

The 11 remaining economies started working to salvage the deal after Trump withdrew.

He made headlines at the summit for how he went about declining the deal.

Trudeau’s decision to continue negotiating for a better deal, rather than striking an agreement, led to the abrupt cancellation of the leaders’ meeting on the sidelines of the summit.

The cancellation set off a confusing day of talks. Media reports directly blamed Canada and Trudeau for helping to scuttle the scheduled meeting.

But Trudeau later argued he had sent signals for days that he would not be rushed into a deal unless it was the right one.

At the time, trade ministers did agree to a number of changes to nudge negotiations closer to a deal, including stronger protections for the environment and labour rights. They also suspended controversial provisions from the original TPP related to intellectual property, which the Canadian tech sector had long called on Ottawa to remove from the deal.

Most importantly, the deal will open up access for Canada to Japan’s economy, the third-largest in the world. Canada’s agricultural, seafood and forestry sectors would see some of the greatest benefits, the official said.

The official insisted that Champagne and Foreign Affairs Minister Chrystia Freeland also remained engaged with their counterparts in recent months.