Critics of Buy American say it's good fodder for politicians but is like spending an extra $900,000 for each job saved; a Canadian trade lawyer says the upcoming policy could be even tougher than the last one 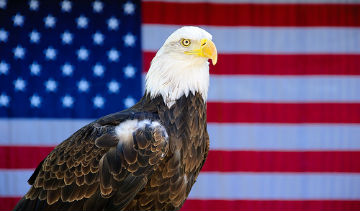 WASHINGTON—An early irritant in Canada-U.S. relations in the Trump era could emerge in the massive infrastructure bill proposed by the president-elect, amid speculation in Washington that it might include a Buy American clause excluding foreign suppliers.

Donald Trump spoke passionately during the campaign that his proposed $1 trillion construction plan would ensure “American steel” got used to build “American” skyscrapers and bridges, with “American workers” hired to do the jobs.

Lawmakers who would write the bill have started speculating about its contents—with the Democrat running to become his party’s leader in the House of Representatives, Tim Ryan, among those urging domestic procurement: “Let’s have Buy American provisions in there, so it’s American-made steel and American-made concrete.”

It would be a repeat of a drawn-out drama seven years ago.

Only this time, the potential financial stakes are higher. Trump hopes to see far higher spending on construction than the amounts in the 2009 stimulus bill signed by President Barack Obama. Another thing running higher now—protectionist sentiment, in both parties.

A former U.S. cabinet member for trade predicts it: Buy American’s coming back.

“The first thing that’s going to happen (next year), if there’s a major infrastructure bill, is exactly the first thing that happened under the Obama administration. Somebody’s gonna put a Buy America rider on it. Then the decision, for the Congress and the White House, is do you fight that rider?…

She was less than flattering in describing the logic of such buy-local rules. Schwab likened it to spending an extra $900,000 for every steel job saved, instead of spending that money on more roads, bridges, and construction workers.

Veso Sobot has several stories about the hassles of dealing with domestic procurement rules. His IPEX Management Inc., based near Toronto, has two dozen plants, six of them in the U.S. It opened new American addresses following a headline-making incident in 2009.

An inspector at a California military base noticed some of the company’s pipes marked, “Made In Canada.” He ordered them ripped out of the ground.

That delayed a construction project on the base; the military sought a domestic supplier; it finally determined the military was exempt from Buy American requirements; the Canadian pipes went back in; and it cost everyone involved some money.

Sobot says that another time his U.S. client sent pipes to Canada for treatment with a special material, then struggled to bring the treated product back into the U.S.

The partner in question: General Electric.

“You can’t be more American than General Electric! They couldn’t ship their own parts back into the United States,” Sobot says, years later. “It just makes our two economies a little more inefficient…. (It) increases the paperwork quotient, the cost, injures people on both sides of the border…

After struggling for months, the Harper government worked out a temporary side deal with the U.S. in 2010. As part of the agreement, Canadian iron, steel and manufactured goods were allowed for use in seven U.S. construction programs—but only for a one-year period, and only in 37 states.

The deal’s text made clear that free-trade agreements don’t usually apply to procurement at the sub-national level—by states, provinces, and cities.

She predicts Buy American debates are coming back.

“And even when it’s ‘buy from Canada,’ it’s like, ‘Sorry, Canada, we didn’t mean for that to hit you. You’re collateral damage.”’

A Canadian trade lawyer says the upcoming discussion could be tougher than the last one.

“But that won’t likely be the case under Trump.”