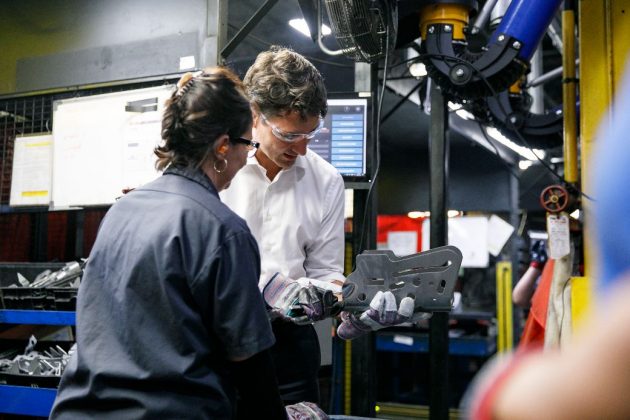 OTTAWA – The Trudeau government will attempt to set the stage for this fall’s election – and provide some distraction from the SNC-Lavalin affair – with today’s end-of-mandate budget touting the Liberals’ economic record.

The Liberal government’s fourth and final budget before the election is expected to include measures to help first-time home buyers, seniors and adult Canadians who want to return to school for skills training.

But Finance Minister Bill Morneau will also try to set the narrative for the coming election, arguing that years of deficit spending have put the economy on a stronger footing.

Expect him to credit the Liberals’ investments in infrastructure and other spending measures for the creation of almost 950,000 jobs and the lowest unemployment rate in almost 40 years, and point to the Liberals’ enhanced child benefit for the lowest poverty rate in 10 years.

Moreover, Morneau is expected to boast a better fiscal picture than he anticipated in last fall’s economic update, thanks to an increase in tax revenues despite surprisingly weak economic growth in the final three months of 2018.

The budget is being presented in the midst of a continuing furor over allegations that Prime Minister Justin Trudeau, his senior staff and others improperly pressured former attorney general Jody Wilson-Raybould to end a criminal prosecution of SNC-Lavalin. The affair has so far cost Trudeau two cabinet ministers, his principal secretary and the country’s top public servant, although he continues to insist no one did anything wrong.

The Liberal-dominated House of Commons justice committee is to meet behind closed doors today to discuss opposition demands for Wilson-Raybould, who’s already given nearly four hours of testimony, to be recalled. She has indicated she has more to say, particularly about the period between her mid-January move from Justice to Veterans Affairs and her resignation from cabinet a month later.

However, the Liberal MPs on the committee sent a letter to the chair late Monday indicating that they’ll block any further investigation into the matter. They said they’ve heard enough after 13 hours of testimony from 10 different witnesses and they “believe that all rules and laws were followed.” The Liberal MPs said the “appropriate way forward” is to let the federal ethics commissioner conclude his own investigation into the matter.

Today’s budget may at least give the Liberals a short respite from the SNC-Lavalin affair.

But it will also draw attention to the Liberals’ failure to deliver on a major 2015 campaign promise, to run up annual deficits of no more than $10 billion before balancing the budget by 2019.

Instead, the Trudeau government has posted deficits of more than $18 billion in each of the last two years and has offered no timeline for returning to balance. In his economic update last fall, Morneau projected annual deficits of between $18.1 billion and $19 billion over the next three years.

Related Stories
Canada is $6B deeper in debt than April’s budget forecast
Liberal government could book $90B in deficits over 4-year mandate, says study
Finance Minister’s pre-budget road trip ends in Calgary
5 things to watch for in Budget 2016