Performance Sports Group under investigation by SEC and Canadian authorities

The announcement comes two days after revelations that PSG, which makes hockey gear for Bauer, had launched an internal investigation and wasn't able to file its audited annual results by the deadline 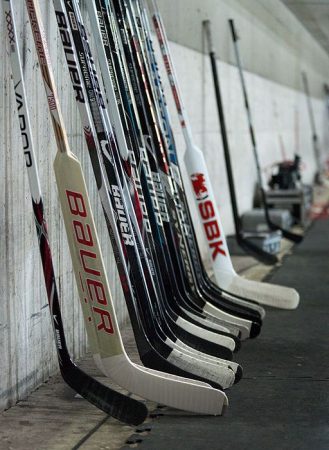 TORONTO _ The maker of Bauer hockey equipment says it’s under investigation by the U.S. Securities and Exchange Commission and that Canadian authorities have also made inquiries about unspecified problems.

The announcement by Performance Sports Group Ltd. comes two days after it revealed its board has launched an internal investigation and that PSG wouldn’t be able to file its audited annual results by the Aug. 15 deadline.

The focus of the internal and external probes hasn’t been revealed.

Shares in Performance Sports lost nearly half of their value on Monday after the company said the delay in filing audited results would put it in default of agreements with its creditors.

According to an announcement in June, Performance Sports expected to end its 2016 financial year on May 31 with US$424.8 million in debt—little-changed from a year earlier.

Performance Sports shares closed Tuesday at C$2.70 in Toronto and at US$1.85 in New York, down 47 per cent from Friday’s close and down nearly 90 per cent over the past year.

The company’s head office is in New Hampshire and its main listing is on the New York Stock Exchange, but Performance Sports has ties to Canada, where it first became a publicly traded company.

Performance Sports said Wednesday that a U.S. newspaper report about the Monday announcement erroneously stated that “the firm is not under any investigation” by federal authorities.

“That report is not accurate,” the company said in an 8-K filing, used for various types of announcements.

“While its Aug. 15 announcement referenced an internal investigation, Performance Sports Group is also the subject of inquiries by U.S. and Canadian securities regulators, including an investigation by the U.S. Securities and Exchange Commission.”

Among the company’s investors is Sagard Capital Partners, part of the Montreal-based Power group of companies (TSX:POW). As of July 25, Sagard owned a 17 per cent stake of its common shares, making it the largest shareholder.

Performance Sports said it will continue to operate its business normally as it works to complete its audited financial report.