by Geordon Omand and Laura Kane, The Canadian Press  May 3, 2017

Christy Clark said she would tax the coal that's shipped through the province's ports, vowing to ensure U.S. coal shipped through B.C. to China was "...utterly uncompetitive in the global market'' 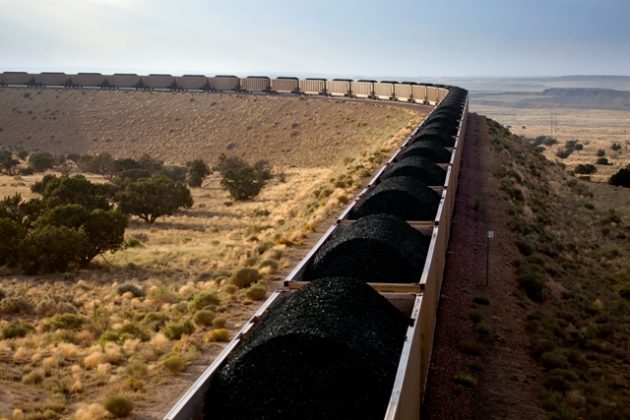 MERRITT, B.C.—British Columbia Liberal Leader Christy Clark appears to be betting that the simmering softwood dispute with the United States is fertile ground for votes as she increased the pressure in the trade spat, promising a hefty carbon tax on U.S. thermal coal.

Clark said she would tax the coal that’s shipped through the province’s ports to make it uncompetitive and defend workers from the policies of American President Donald Trump.

“Now is the right time to do it, the right time to send a strong message to the Trump administration and U.S. lumber barons that we will not back down in the face of their aggressive attacks on workers here in British Columbia,” said Clark, who has pushed hard on the issue in the latter stages of the provincial election campaign.

If the federal government doesn’t act on her request to ban the coal, she said the Liberals would develop regulations that impose a carbon price of about $70 per tonne if they are re-elected in the May 9 election.

“The levy would make thermal coal shipped through British Columbia utterly uncompetitive in the global market,” she said while campaigning in Merritt.

The plan escalates a threat she first made last week after the American’s imposed an average duty of 20 per cent on Canadian softwood lumber.

The coal moves through B.C. ports to be shipped to China, but Clark said it’s among the dirtiest and most carbon-intense methods to generate power and heat. About 6.6 million tonnes of thermal coal was exported through the province’s ports last year, 94 per cent of that from the United States.

Outside the shuttered Tolko mill in Merritt, NDP Leader John Horgan shook hands with supporters and a few laid-off workers.

The mill closed last year, putting 200 people in the community out of work, he said.

“That’s on top of the 30,000 forest jobs that have disappeared under the B.C. Liberal watch,” he said, standing on a gravel road in front of the industrial blue-and-white buildings.

“It’s going to get worse. Because (Clark) let the softwood lumber deal go by without taking any substantial steps here in British Columbia, or with Ottawa, or with Washington we are now facing a significant tariff that puts even more jobs at risk.”

Horgan said he is committed to fighting for those jobs and would go to Washington within 30 days of being sworn in as premier to make his case to U.S. officials.

Asked what more the Liberal government could have done to save the Tolko mill, Horgan said he didn’t believe any discussions were had with the company about getting more fiber to the mill.

He also said the NDP wants fewer raw logs shipped offshore so that more jobs can be kept in B.C.

Arnold Meyer, 60, and 64-year-old Bagadar Mann received their layoff notices in December after working at the mill for about 40 years.

Meyer said logs that were supposed to come to the mill started going to Kelowna about two or three years ago. The company shut the mill down, saying it was no longer profitable.

“I don’t see how Christy Clark can brag about her agenda when actually rural B.C. is starved,” Mann said. “So many forestry jobs and even mining went down. They could have made changes while they were in power … but they didn’t do anything.”

Asked about Clark’s handling of the softwood lumber issue, Meyer said, “She didn’t. That’s the problem.”

Green party Leader Andrew Weaver campaigned in Vancouver on Tuesday, attacking the NDP for making “disturbing” multibillion-dollar promises without saying how they would be paid for.

The Liberals and NDP have also failed on climate change and getting the province ready for the new economy, he said.

“B.C. Liberals have no plan, the B.C. NDP have a plan to come up with a plan to develop a plan, and the B.C. Greens actually have a plan for a prosperous future.”