A chronology of events in North American free trade talks

Hurling personal insults and doling out "poison pills," key negotiating tactics and a series of events culminates in a historic trade deal 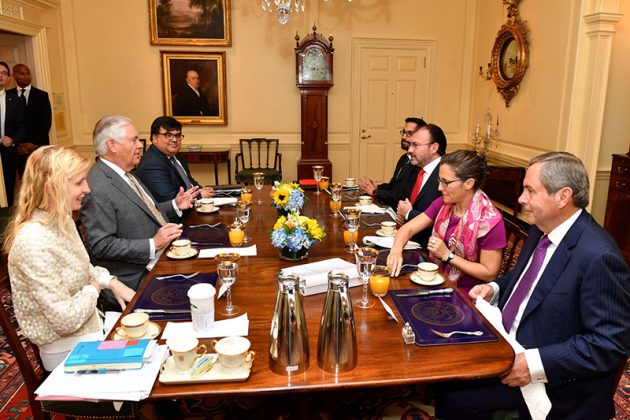 OTTAWA – Here is a timeline of key events that sparked the 14-month renegotiation of the North American Free Trade Agreement, leading to Sunday’s historic breakthrough with the creation of the new U.S.-Mexico-Canada Agreement, or USMCA:

June 28, 2016 – Republican presidential candidate Donald Trump declares his antipathy for the North American Free Trade Agreement in a campaign speech in Pittsburgh, in the heart of a Rust Belt state that he would eventually win to secure the presidency. “NAFTA was the worst trade deal in history,” says Trump, pledging to renegotiate the pact “to get a better deal for our workers.” He promises to leave the agreement if Canada and Mexico refuse to bargain with him.

Aug. 16, 2017 – Canada, Mexico and the United States commence the renegotiation of the NAFTA in earnest. The Trump administration opens with a lecture, upping the ante from earlier remarks that it simply wants to “tweak” the deal. Trump’s trade czar Robert Lighthizer declares: “We feel that NAFTA has fundamentally failed many, many Americans and needs major improvement.”

October 2017 – The U.S. introduces so-called “poison pills” that Canada says it simply can’t accept. The U.S. wanted to increase American content in automobiles, get rid of Canada’s supply management system for agriculture, establish a five-year sunset clause, do away with a dispute settlement mechanism and reduce Mexican and Canadian access to bidding on U.S. procurement projects. The three countries would eventually reach a new deal on autos, while the U.S. backed away from the other demands.

March 14, 2018 – Prime Minister Justin Trudeau says Canada won’t be “bowled over” at the NAFTA talks by Trump. Trudeau makes the remarks while visiting steelworkers in Sault Ste. Marie, Ont. “We’re standing up for ourselves. But we know there’s a win-win-win we can get to,” Trudeau says. “We’re pushing back on some things that we think might not be the right suggestions, which is what people would expect from Canada.”

June 7, 2018 – Trump hurls a series of personal insults at Trudeau from Air Force One after the G7 summit in Quebec. The president calls Canada’s prime minister “dishonest” and “weak” after Trudeau repeats his objections to massive steel and aluminum tariffs Trump imposed the previous week – tariffs that remain today. The incident marks a new low in prime ministerial-presidential politics cross the 49th parallel at a time when NAFTA negotiations remain deadlocked.

Aug. 27, 2018 – Mexico and the United States announce their own bilateral trade deal after weeks of negotiations that were simply supposed to be about autos. Instead they negotiated a sweeping text covering the full scope of the trading relationship. Foreign Affairs Minister Chrystia Freeland is forced to blow up a trip to Europe and diverts to Washington, starting a month of intense negotiations to bring Canada into the NAFTA fold.

Sept. 30, 2018 – Staring down a midnight deadline to provide a text of an agreement to Congress, Trump’s and Trudeau’s team work of the last minute details that brings Canada into a renewed continental trade pact. Trudeau leaves the Prime Minister’s Office after a late night cabinet meeting and says six words: “It’s a good day for Canada.”