The White House has finalized changes to a six-year-old trade deal with South Korea that the U.S. president once called a job killer. It's one indication the administration's aggressive stance on trade is able to yield results 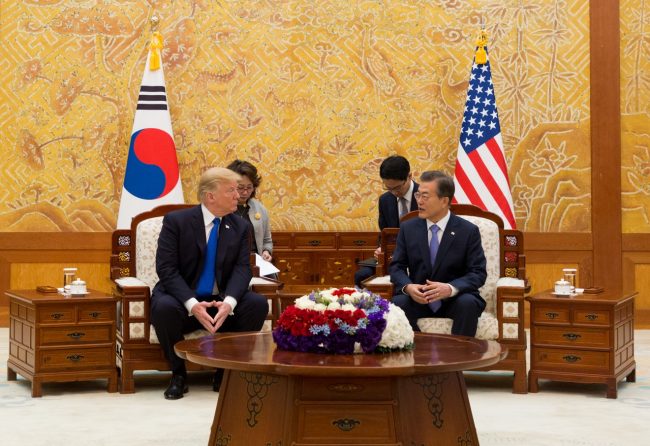 The new deal doubles—to 50,000—the cars each U.S. automaker can export annually to South Korea, reduces bureaucratic barriers to American products and extends a 25 per cent U.S. tariff on South Korean pickup trucks by 20 years, through 2041.

South Korea escapes America’s new 25 per cent tariff on imported steel—but must accept quotas on steel exports equal to 70 per cent of its average annual shipments to the United States between 2015 and 2017.

The officials spoke on condition of anonymity in order to discuss the policy ahead of an official announcement.

The United States this month began imposing the steel tariffs, saying imports jeopardized U.S. national security. But it has been suspending the duties on allies like the European Union, Canada and Mexico.

The U.S. Treasury Department is also in talks on a deal to prevent Seoul from deliberately pushing its currency lower to give South Korean exporters a competitive advantage. A formal agreement on currency would be unprecedented—but it wouldn’t have teeth, because it would include no enforcement mechanism.

The U.S. trade deficit in goods with South Korea—nearly $23 billion last year—widened after the original pact took effect in 2012, one reason Trump has denounced it. Trade in autos has been especially lopsided: South Korea last year exported to the United States 929,000 passenger vehicles worth $15.7 billion. By contrast, the U.S. shipped to South Korea fewer than 53,000 autos, worth just $1.5 billion, according to the U.S. Commerce Department.

Trump’s complaints about South Korean trade practices have caused friction between the two allies at a crucial time, as he prepares for a meeting with North Korea’s reclusive leader, Kim Jong Un.