What happens when a country drowns? 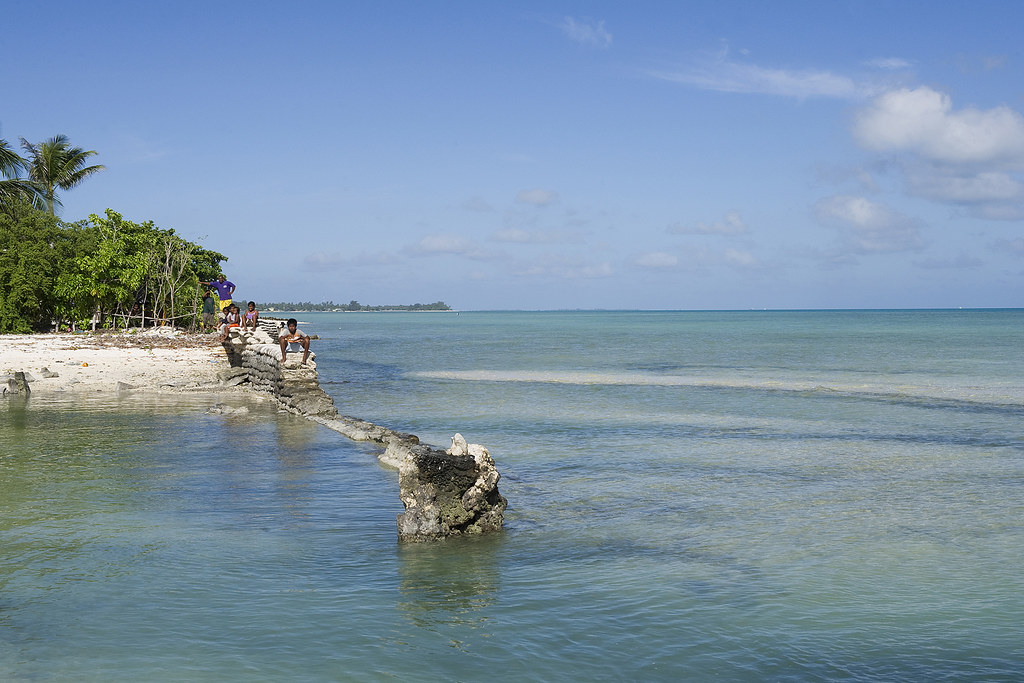 Global climate change is endangering small island countries, many of them developing nations, potentially harming their ability to function as independent states.

As international environmental co-operation stalls, we must ask what consequences climate change will have on the statehood of vulnerable countries. This is especially important because sovereignty is the most important principle in international relations. Any threat to a nation’s sovereignty could have unprecedented repercussions for global governance.

A state is defined under international law by the Montevideo Convention with four specific criteria: a permanent population, a defined territory, a government and the capacity to enter into relations with other states. Today, these conditions could be threatened by the international community’s inability to commit to strong environmental action.

As the country pleads for international and proactive action regarding global warming, the effects of rising seas, dying corals and intensified natural hazards are putting a strain on its capacity to function.

On small islands, movements will soon require communities and individuals to move across borders. These factors could threaten a fundamental criteria of statehood as defined by the Montevideo Convention: a permanent population.

The previous president of Kiribati, Anote Tong, once said “our islands, our homes, may no longer be habitable—or even exist—within this century.” That indicates the second criteria for statehood, a territory, is being threatened. As climate change is not being efficiently tackled and countries begin to feel the effects of eroded shorelines, scholars have begun to ponder solutions.

Among them, the “government-in-exile” mechanism has been proposed. This tool allows a government to function outside of its territory, but requires the maintenance of a population. It also needs another sovereign nation to relinquish a piece of territory. Of course, it seems highly improbable that a state would voluntarily give land to a nation for relocation, or that it would abandon its territory.

In the end, this mechanism isn’t likely to be an efficient response since climate change complicates power dynamics among nations.

In the event of the disappearance of a country, it is unclear whether it would retain its sovereignty in the eyes of the international community. The United Nations hints that it’s improbable that a state would simply cease to exist due to what it calls the “presumption of continuity.” This ambiguity surrounding the maintenance of statehood of vulnerable nations should shake the international community out of its immobility on these questions.

Unfortunately, the international principle of sovereignty is a double-edged sword. It gives historic emitters the absolute freedom to respond to climate change through non-binding agreements, and procrastinate the adoption of effective treaties. But the issue of rising sea levels and the threat posed to the statehood of Pacific states should raise concern among the defenders of sovereignty.

Republicans in the United States, for example, have always been keen to defend the sovereignty of the U.S. through various forms of rhetoric and international stances. In September 2018, President Donald Trump warned the United Nations that he would not renounce sovereignty to an “unelected bureaucracy” one year after pulling the U.S. out of the Paris climate agreement.

Trump said “responsible nations must defend against threats to sovereignty” while bragging about his country’s massive exports of oil, gas and what he called “clean” coal. And as he continued to extol the virtues of fossil fuels and the protection of U.S. sovereignty against global governance, Trump effectively pushed environmental issues further out of the international spotlight.

Defending American freedom from international obligations has been high on the Trump agenda, and so in the context of accelerating environmental crises and growing isolationism, it seems highly unlikely that he would defend the sinking sovereignty of Pacific nations.

However, let’s not solely blame the U.S. for failing to protect an immutable principle of international relations.

The international political community has been producing, year after year, non-binding and uninspired environmental accords that do little to reduce greenhouse gas (GHG) emissions. The “polluter pay” principle proposes that bearing the costs of pollution should be proportionate to the degree of responsibility in producing it.

This directive hasn’t exactly worked out in international negotiations as the question of responsibility is still a feature of debates among industrialized nations and developing countries.

The plight of the sinking islands worsens as the international community fails to effectively tackle climate change. Without concrete action, cross-border climate migrations will accelerate as resources shrink and territories become eroded by rising sea levels, pushing people out of their homes and jeopardizing the statehood of entire Pacific countries.

They are among the smallest emitters of greenhouse gases, and yet are disproportionately suffering the consequences of climate change. The situation exposes the lack of solidarity and climate justice in the global community.

Unfortunately, lacklustre action on climate change along with U.S. reluctance to engage in environmental discussions could result in an unprecedented question in international law soon going mainstream: What exactly do we do if a country drowns?