While Trump's climate-change denial has become orthodoxy within the Republican Party, it is at odds with the functional consensus of the world's scientists 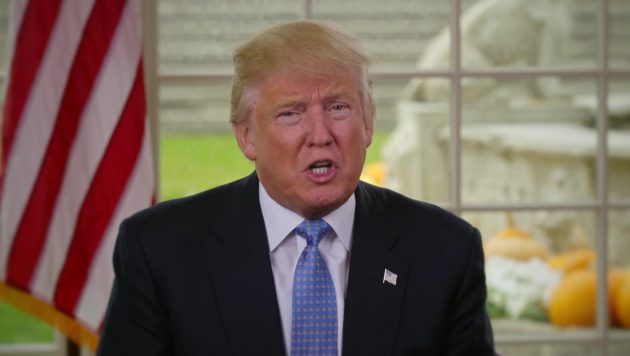 WASHINGTON—President-elect Donald Trump appears to be softening his tone on whether climate change is real and on his stated plans to scrap the recent multinational agreement to limit carbon emissions.

In a wide-ranging interview with editors and reporters at The New York Times, Trump said he would “keep an open mind” about the Paris accord, which he has repeatedly said he planned to either renegotiate or cancel if elected.

Trump was also reported to have affirmed in the interview held two weeks after the election that human activity and global warming may be linked. “I think there is some connectivity,” he said. “Some, something. It depends on how much.”

Related: Trump lays out plan for first 100 days: vows to pull out of TPP, revive shale oil and coal industriesIf he doesn’t change course, Trump would become the only head of state on the planet to deny the reams of scientific evidence that the Earth is warming, according to a Sierra Club compilation of public statements by the leaders of the 195 nations recognized by the State Department.

While Trump’s climate-change denial has become orthodoxy within the Republican Party, it is at odds with the overwhelming consensus of the world’s scientists. According to NASA, 97 per cent of the climate scientists agree that the world is getting hotter and that man-made carbon emissions are to blame.

Ten of the warmest years in history have occurred in the past 12, with 2016 on pace to be the hottest ever recorded. Studies show the Greenland and Antarctic ice sheets have decreased in mass, while the world’s oceans have risen on average nearly 7 inches in the last century.

Despite his public stance as a politician, there is evidence that Trump the billionaire businessman was already hedging his bets. Earlier this year, the Trump International Golf Links and Hotel in Ireland cited the threat of sea-level rise in a permit application to build a nearly two-mile-long stone wall between it and the Atlantic Ocean.