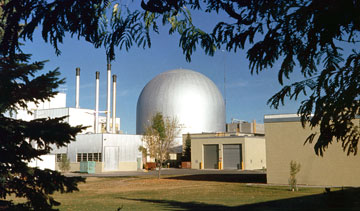 An example of a fast-neutron reactor, the sodium-cooled EBR-II. PHOTO Argonne National Laboratory

HANOI, Vietnam—Vietnam’s government has decided to scrap plans to construct the country’s first two nuclear power plants, citing slowing demand for electricity and the declining price of other sources of energy.

In 2009, the assembly approved the construction of two nuclear power plants with a combined capacity of 4,000 megawatts. Construction was initially scheduled to start in 2014, but has been delayed several times.

The newspaper quoted the head of the state-run Electricity of Vietnam Group, which was to pay for the plants, as saying they are not economically viable because of other cheaper sources of power.