Jeff Callaway, a candidate to lead Alberta's United Conservative Party, says the province should look at buying the port of Churchill on Hudson Bay and shipping oil there by pipeline 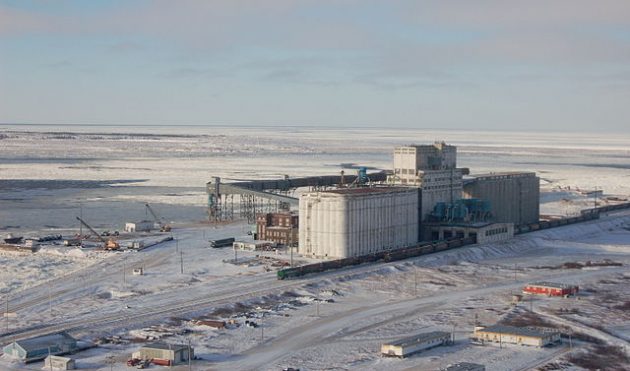 The Port of Churchill

EDMONTON—A candidate to lead Alberta’s new United Conservative Party says one way to jump-start the province’s lagging oil industry may be to buy a piece of Manitoba.

Jeff Callaway says the province should look at buying the port of Churchill on Hudson Bay and shipping oil there by pipeline.

“This has so many benefits not just for Alberta, but for Western Canada and Canada broadly,” Callaway said at the legislature Tuesday.

He says tankers in Churchill could carry oil abroad and fetch a better price for Alberta, which has been running multibillion-dollar deficits in recent years.

“It’s a small, small investment to make for prosperity in Western Canada.”

The province would have to buy the port from its private owners, fix the railway going to it and build a pipeline as well, he said.

A road would also have to be built to the remote community, Callaway added.

Spring floods washed out the rail line to Churchill and the owner of the port, Denver-based Omnitrax, has suspended operations at the grain terminal and is looking to sell.

Omnitrax also owns the rail line and has stated it isn’t interested in putting up the $20 million to $60 million needed to repair the track.

Callaway is also promising to end Alberta’s current tax on carbon for home and business owners if he becomes the United Conservative leader.

The levy is used to fund green projects ranging from household devices to large-scale infrastructure such as rapid transit.