The SoCalGas site, which pumps methane into abandoned oil wells, said the shut down came after detecting a pressure build up. A former inspector called it an incredible failure that indicated a systemic problem 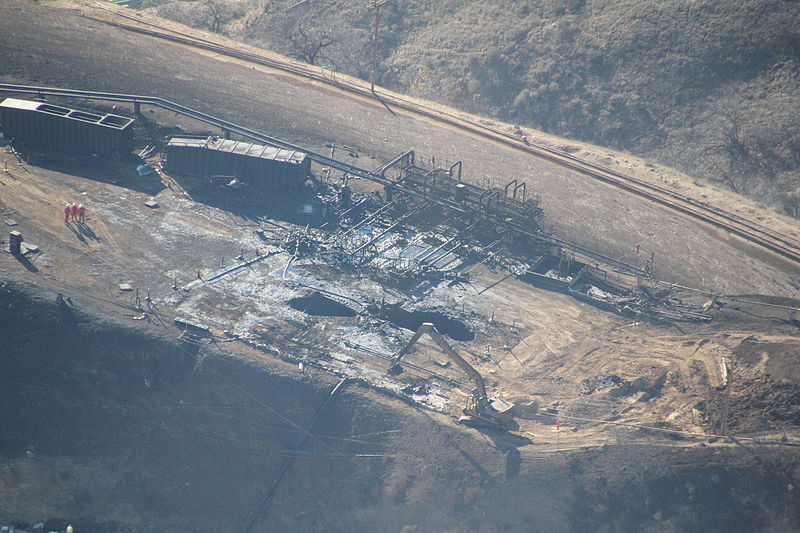 LOS ANGELES—The largest gas storage facility in the western U.S. halted using a third of the wells pumping methane underground at high pressure just weeks after it resumed operations following a blowout that crippled it for nearly two years.

Southern California Gas Co. said it notified state regulators last month that 13 of 39 injection wells at Aliso Canyon were shut down after detecting a pressure buildup.

State regulators and the company said there were no risks to public health or safety and no release of gas into the atmosphere. But the revelation raises questions about how such a problem could crop up so soon after SoCalGas upgraded equipment, passed rigorous tests and began operating under stricter rules at the aging facility.

The state Division of Oil, Gas and Geothermal Resources said the real-time pressure readings that were required after the October 2015 blowout had led to a prompt response by SoCalGas that showed new safety requirements worked.

But Anneliese Anderle, a former inspector and supervisor at the state oil and gas division, called it an incredible failure that indicated a systemic problem.

“It’s a very high failure rate when you wouldn’t expect any,” said Anderle, who has consulted for a law firm suing the gas company. “It’s really an incredible number. Each of the 39 wells had gone through a lot of study and remediation. These were the 39 out of 114 that were their best. … It’s not good.”

SoCalGas resumed pumping gas July 31 into deep underground caverns that once contained oil in the Aliso Canyon field that sits atop a mountain overlooking the San Fernando Valley on the outskirts of Los Angeles.

The field was knocked out of commission when a blowout lasting nearly four months released the largest-known amount of methane in the nation’s history and drove thousands of families from their homes.

Many residents complained of ailments ranging from headaches and rashes to nosebleeds and nausea.

The cause of the blowout has not been determined, though a state engineer said it happened 895 feet below ground in a well more than 60 years old.

The pressure anomalies reported by the company in late August were discovered between a pipe used to inject the gas and a protective steel casing that surrounds it.

The state said pressure in that space increased to 700 pounds per square inch, which is a fifth of what it is tested to. The state said the reason for the pressure changes was that seals known as packers need to be readjusted.

Two of the wells shut down last month have since been repaired and put back in service, the state said.

SoCalGas spokesman Chris Gilbride said the other wells won’t resume operating until the problem is identified and addressed.

Many of the residents who lived peacefully near the facility before the blowout want to see it permanently shuttered, though state and utility officials say it is needed to provide gas for home heating, cooking and to fuel gas-fired power plants.

Activists who want it shut down seized on the latest development to further their cause.

“This strongly reinforces what we and community leaders have said repeatedly, which is that Aliso Canyon will never be safe and needs to be immediately closed,” said Alexandra Nagy of Food & Water Watch.