U.K. logs its first coal-free day since the 19th century

Once famously choked by "pea soup" fog, Britain has gone a full working day without turning on its coal plants for the first time since the Victorian era 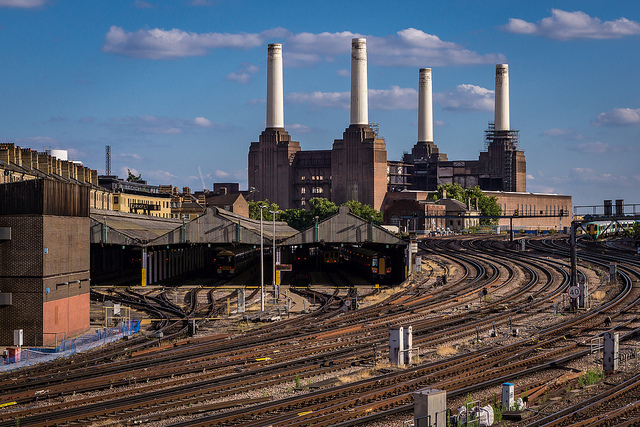 The Battersea Power Station in London south of the Thames. The decommissioned coal plant once churned out thousands of megawatt hours of energy, but the iconic site is now being redeveloped as a residential and commercial space. PHOTO: mhx/Flickr

The easy-to-burn fossil fuel powered the U.K. capital’s transition to metropolis and pushed countless smaller cities across Britain into the modern era.

Every U.K. coal plant sat idle at the end of last week as Britain recorded its first coal-free work day “since the industrial revolution.”

National Grid, which runs the country’s electricity network teased at the milestone in a tweet early April 21.

It looks likely today will be the first working day in Britain without coal power since the industrial revolution!

The utility company confirmed the achievement late in the evening Friday, saying it had supplied all of Great Britain’s electricity without needing the idle coal plants for a full 24 hours.

It was the first time coal hasn’t been used to power any part of the islands since at least the 1880s.

The rise of cheaper and cleaner-burning natural gas and renewable sources are two of the factors that have allowed Britain to reduce its reliance on coal, though several of the fossil fuel plants continue to operate on days more energy is needed. Nuclear also plays an important role in the U.K.’s energy mix.

The country plans to phase-out coal entirely by 2025.