The agreement could mean an end to the injunction filed by Quebec to ensure TransCanada would be subject to the more rigorous review process. 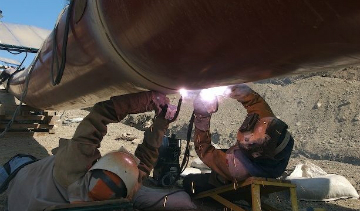 TransCanada’s Energy East pipeline would ship 1.1 million barrels of oil a day from Alberta and Saskatchewan through Quebec. PHOTO: TransCanada

The agreement could spell an end to an injunction the province had filed to ensure TransCanada would be subject to the more rigorous review process.

The province says it is committed to withdrawing the application upon approval of the environmental impact study and both sides have pledged to respect a strict timetable.

Energy East would bring 1.1 million barrels of oil a day from Alberta and Saskatchewan through Quebec and into News Brunswick for overseas shipping.

Quebec’s environmental review agency is scheduled to begin a second round of public hearings into Energy East on April 25.

The first hearings wrapped up in March with citizens from across the province grilling TransCanada executives on the risks and costs associated with the pipeline.