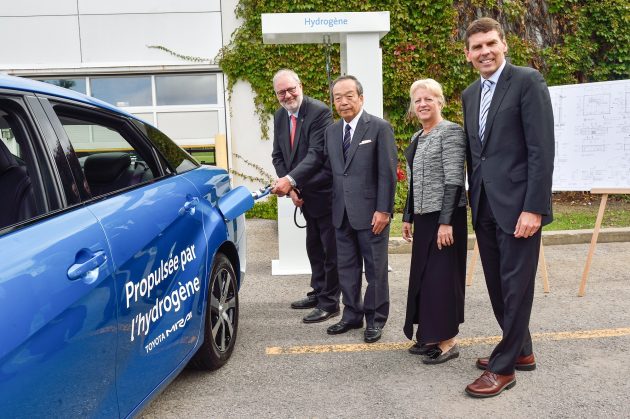 TORONTO—Toyota Canada and Transition Energetique Quebec are going to study the need for hydrogen infrastructure to support the introduction of fuel cell vehicles in Quebec.

The two sides announced plans to sign a memorandum of understanding to study the market requirements for hydrogen infrastructure.

Transition Energetique Quebec was established by Quebec’s Ministry of Energy to promote energy transition, innovation and efficiency in the province.

Earlier this month, Toyota Canada said its first hydrogen fuelling and service facility will be built at its Quebec zone office.