A number of issues are challenging talks in Katowice, Poland. What's clear is that few countries are moving in the right direction to halt global warming 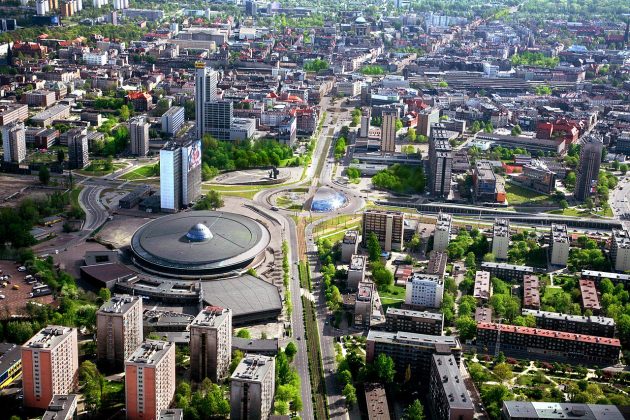 KATOWICE, Poland—Divisions deepened at the U.N. climate talks Thursday, pitting rich nations against poor ones, oil exporters against vulnerable island nations, and those governments prepared to act on global warming against those who want to wait and see.

The stakes were raised by a scientific report that warned achieving the most ambitious target in the 2015 Paris climate accord to limit emissions is getting increasingly difficult. Fresh figures released this week showed that emissions of heat-trapping carbon dioxide jumped the highest in seven years, making the task of cutting those emissions one day to zero even more challenging.

Negotiators at the climate talks in Katowice, Poland, still disagree on the way forward but have just a few days to finish their technical talks before ministers take over.

“It’s going to be a big challenge,” said Amjad Abdulla, the chief negotiator for the Alliance of Small Island States. “We are going to forward the sticky issues to next week.”

Among the splits that need to be overcome before the conference ends on Dec. 14 are:

—The question of what kind of flexibility developing countries will have when it comes to reporting their emissions and efforts to curb them.

The issue is central to the Paris rulebook, which countries have committed to finalizing this year. Environmental activists insist that countries such as Brazil, with its vast Amazon rainforest, and China, the world’s biggest polluter, should have to provide hard data on emissions and not be treated like poorer nations who don’t have the ability to do a precise greenhouse tally.

Complicating matters, a group of rich countries that includes the United States and Australia is seeking similar leeway as developing nations.

—Several oil exporting countries have objected to the idea of explicitly mentioning ways in which global warming can be kept at 1.5 degrees Celsius (2.7 degrees Fahrenheit). The Intergovernmental Panel on Climate Change, a body made up of scientists from around the world, recently proposed “policy pathways” that would achieve this goal, which foresee phasing out almost all use of coal, oil and gas by 2050.

But Saudi Arabia and some of its allies say it would be wrong to cite those pathways in a text about future ambitions.

—Developing countries are frustrated that rich nations won’t commit themselves to providing greater assurances on financial support for poor nations facing hefty costs to fight the effects of climate change. European governments argue that they are bound by budget rules that limit their ability to allocate money more than a few years in advance.

What’s clear is that few countries are moving in the right direction to halt global warming.

“The first data for this year point to a strong rise in the global CO2 emissions, almost all countries are contributing to this rise,” said Corinne Le Quere, who led the team that published the emissions study this week.

“In China, it’s boosted by economic stimulation in construction. In the U.S., an unusual year, cold winter and hot summer, both boosting the energy demand. In Europe, the emissions are down but less than they used to be, and that’s because of growing emissions in transport that are offsetting benefits elsewhere,” she told the meeting in Katowice.

Le Quere, the director of the Tyndall Centre for Climate Change Research at the University of East Anglia in England, noted some positive news.

“We have renewable energy,” she said. “It is displacing coal in the U.S. and in Europe, and it is expanding elsewhere.”

“It’s not enough to meet the growing energy demand in developing countries in particular,” she said. “But the industry is growing.”

Host nation Poland, which depends on coal for 80 per cent of its energy needs, is among those demanding help for workers in coal and gas industries who could lose their jobs as nations shift to cleaner energy.

In light of the deep divisions over how to best fight climate change, U.N. Secretary-General Antonio Guterres considering returning to Katowice to push for a strong declaration.

“It very much remains a possibility,” U.N. spokesman Stephane Dujarric said Thursday. “If he feels his presence will be useful, he will go back. But no decision has yet been made.”