SolarCity, Whole Foods strike deal to install rooftop solar at up to 100 stores

With solar costs at discount to traditional energy, grocery chain will save on electricity 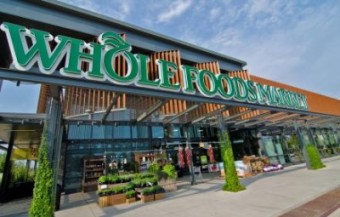 Whole Foods will install solar panels at up to 100 stores in U.S. states such as Connecticut, New Jersey and New York. PHOTO: Solarcity

SAN MATEO, Calif.—SolarCity and Whole Foods Market Inc. have struck a major renewable energy agreement that will see the west coast-based solar company install rooftop arrays on up to 100 of the grocery chain’s stores across the U.S.

The solar company will be responsible for custom designing the energy systems to maximize the amount of solar power harvested on Whole Foods rooftops in U.S. states such as Connecticut, New Jersey and New York.

With the installations, Whole Foods is expected to be catapulted into the top 25 corporate users of solar in the U.S. Meanwhile, SolarCity said the deal will also save the grocery chain on electricity, as it will be selling its solar energy at a discount to traditional energy.

The solar firm said it expects to begin installations this spring.