Carbon tax: small biz to get rebates for some of the cost of energy efficiency projects

The federal carbon price of $20 per tonne of carbon dioxide will start being charged April 1 on fossil-fuel inputs in Ontario, Manitoba, Saskatchewan and New Brunswick

by Mia Rabson and Joan Bryden

by Mia Rabson and Joan Bryden 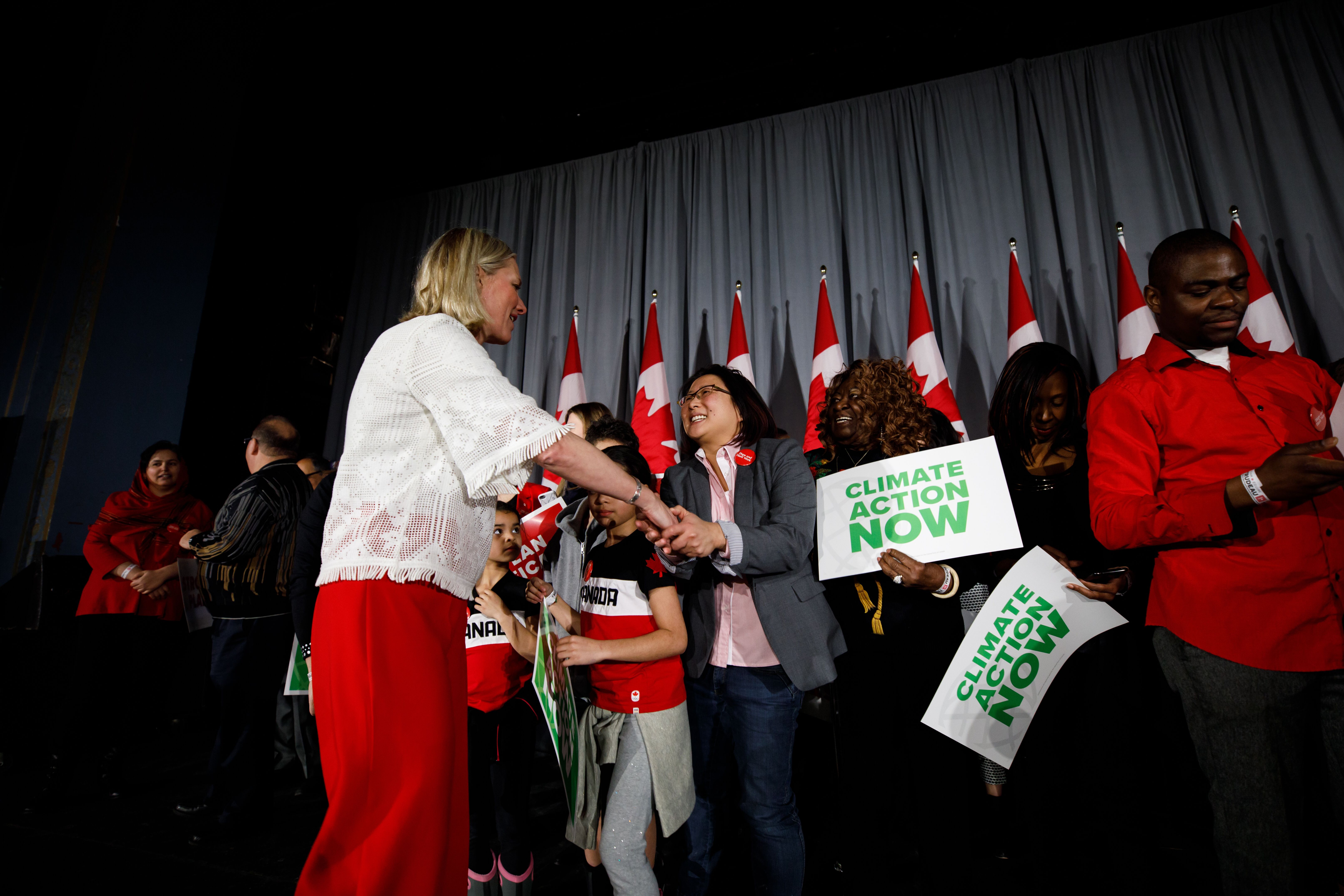 OTTAWA—The federal government’s plan to ease the carbon-price burden on small businesses will include rebate payments to cover some of the cost of making energy-efficiency upgrades.

Environment Minister Catherine McKenna—who kicked off a month-long carbon-price tour at a Canadian Tire store in her Ottawa Centre riding Monday morning—said the final details of the plan are being worked out with business associations.

“I want it to be a program that isn’t highly bureaucratic, where you can make investments and get the money back right away,” she said.

An official confirmed afterwards the plan will include rebate payments.

The federal carbon price of $20 per tonne of carbon dioxide will start being charged April 1 on fossil-fuel inputs in Ontario, Manitoba, Saskatchewan and New Brunswick—the four provinces without an equivalent provincial carbon price.

The price goes up by $10 each year until it hits $50 a tonne in 2022, when the Liberals, should they be re-elected in the fall, have promised to review the program to determine where the price goes after that.

The Liberals expect to bring in about $2.3 billion over the next 12 months in the four provinces having the levy imposed on them, and McKenna says every cent will be returned to the provinces where it was raised.

About 90 per cent of the money will go to individuals when they file their income taxes in the coming weeks.

The remaining 10 per cent is earmarked for small businesses, municipalities, hospitals, universities and Indigenous communities to cover what they can’t pass on to consumers or their own taxpayers through higher prices.

Monique Moreau, vice-president of national affairs for the Canadian Federation of Independent Business, said rebates for energy efficiencies might help companies that haven’t done much on that front already. But she also said that fewer than one-fifth of the CFIB’s members fall into that category.

Energy-efficiency rebates, she said, can also be quite complicated and have in the past required spending on an energy audit up front. Banks also don’t want to lend money for these projects, she said, making it hard to finance the work before getting the rebate.

The CFIB doesn’t want a carbon tax at all, but Moreau said if the government is moving on it, there should be other measures to offset the financial hit for business, such as cutting payroll taxes like Canada Pension Plan contributions. Those contributions are to grow over the next five years so the government can increase payments to retirees. Moreau said a reduction in employment-insurance premiums didn’t offset the rise in pension-plan costs, making CPP another hit to business, beyond the carbon price.

The small-business tax rate was cut from 10.5 per cent to nine per cent over the last two years, which is one thing Ottawa points to when discussing making operations more affordable for business.

McKenna will spend most of March promoting the climate incentive payments for individuals, which range from $128 to $305 for a single adult, and $256 to $609 for a family of four. (She’s to be in Windsor, Ont., on Tuesday.) The payments vary by province based on different sources of energy, with Saskatchewan families paying more in the carbon price largely because they get most of their electricity from coal.

The Liberals are also launching a series of radio ads on the carbon price and rebates in the four affected provinces this week.