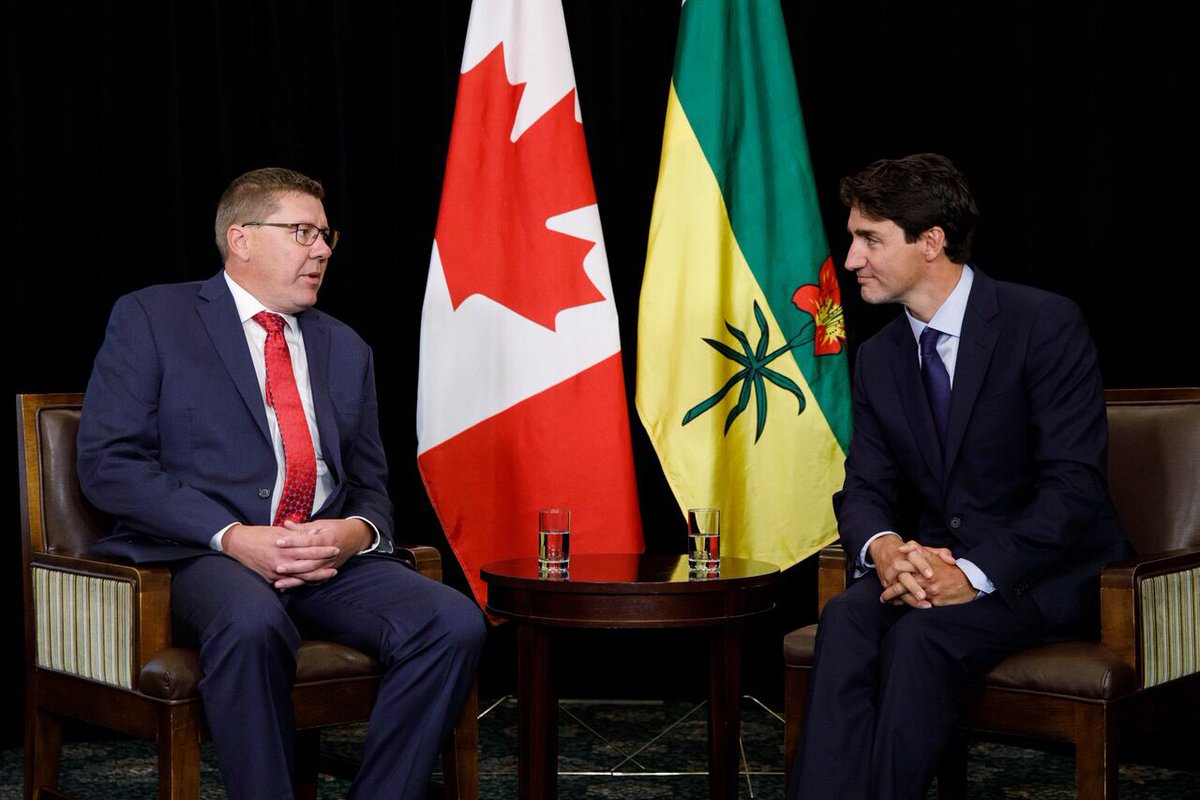 REGINA—Saskatchewan Premier Scott Moe is asking Ottawa to hold off on imposing a carbon tax next month until the province’s Court of Appeal has ruled on its constitutionality.

Saskatchewan is challenging the federal government’s ability to levy such a charge.

It argues Ottawa’s plan is unconstitutional because it does not respect provincial sovereignty and will not be evenly applied across all jurisdictions.

Ottawa argues it can impose the tax on April 1 because climate change is a national issue.

Moe said Monday he has requested to meet with Prime Minister Justin Trudeau, who is expected to be in Saskatchewan this week. But Moe doesn’t believe Trudeau’s agenda will give him time for a sit-down.

Besides support for farming, mining and manufacturing, Moe said he would also raise the issue of Bill C-69, the federal legislation that would overhaul energy project reviews, and the carbon tax with Trudeau.

“I would ask again for the federal government to hold off and allow the court some time with respect to making their decision with the reference that we put in front of the Saskatchewan Court of Appeal,” he said.

“This is the right thing to do.”

When asked whether the federal government would wait for a ruling from the court, Caroline Theriault, a spokeswoman with federal Environment Minister Catherine McKenna’s office, replied the government worked with provinces and territories for more than two years to put a price on pollution.

“It was always our preference that provinces and territories put in place systems that worked best for them—for example, Saskatchewan could have put in place a cap and trade system, or a carbon pricing system they designed themselves and used revenues to lower its PST,” Theriault wrote.

“Unfortunately, Saskatchewan did not put in place a system to ensure it was no longer free to pollute,” she added.

The government said Monday that ratepayers can expect to see their monthly SaskPower and SaskEnergy bills rise as a result of the carbon tax. Starting April 1, it said the average residential customers will pay $2 extra a month for power and $9 for natural gas.

Customers can expect to see these increases marked on their bills as coming from the carbon tax.

Meili said adding this new line on customers’ bills is a political move on the part of the government.

Theriault noted a family of four in Saskatchewan will receive $609 this year when they file their taxes.

She said that’s eight out of 10 families who will be better off.