Scott Moe has said he believes climate change is a global challenge, but people can have different opinions about its effects 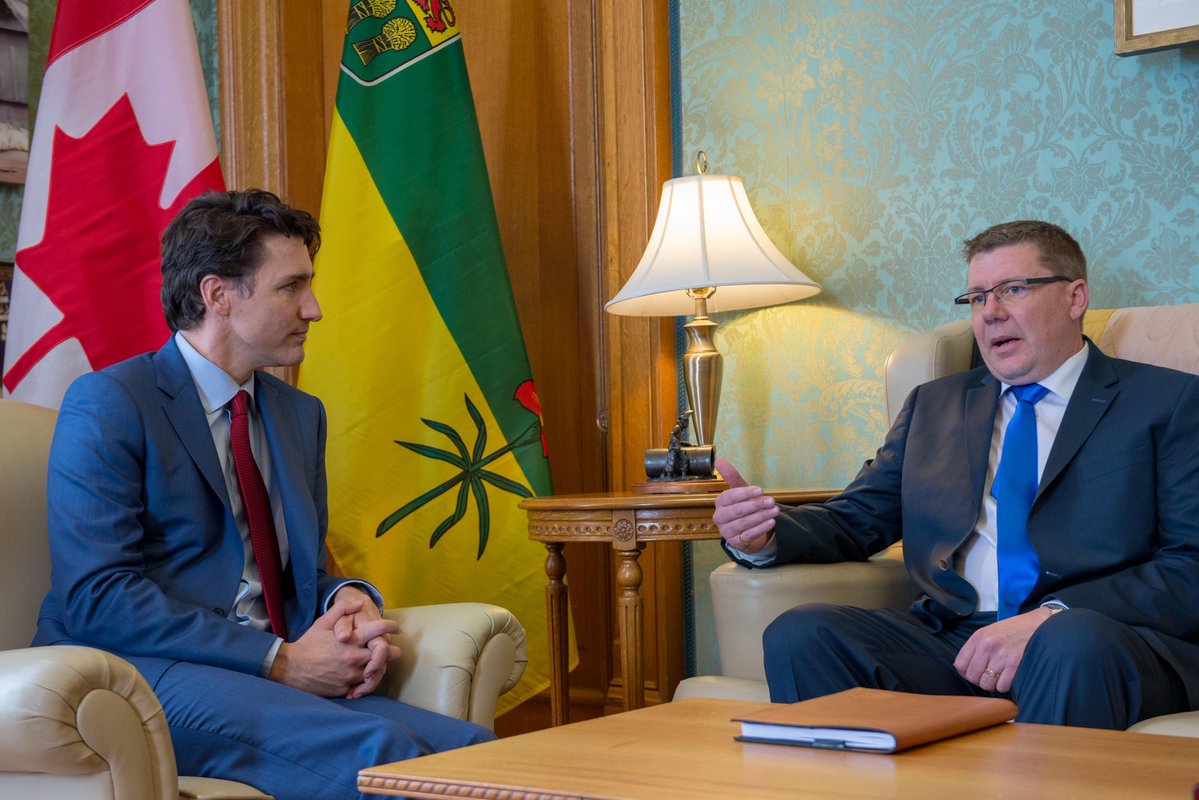 REGINA—Saskatchewan Premier Scott Moe is planning to speak at a rally this week where one of the organizers doesn’t believe climate change poses a threat to the planet.

The Rally Against the Carbon Tax protest and truck convoy is scheduled for Thursday in Regina.

Jason LeBlanc, a farmer from southern Saskatchewan, helped organize the event after travelling to Ottawa with a convoy of pro-energy industry supporters earlier this year.

In an interview with The Canadian Press, he said farmers will be hit hard by the carbon tax and called himself a “climate-change doomsday denier.”

LeBlanc said he believes climate changes in natural cycles, and he does not back science that says the planet is warming because of human activity and requires interventions.

On Tuesday, Canada’s environmental watchdog said the country is failing to do enough to combat climate change. And a new report from Environment and Climate Change Canada says Canada is warming up at twice the global rate.

Moe has said he believes climate change is a global challenge, but people can have different opinions about its effects.

NDP Opposition Leader Ryan Meili said the premier’s attendance at the rally sends the wrong message. He wants Moe to declare to the crowd that climate change is real.

“I’ve said it numerous times. Whether I choose to say it Thursday or not we’ll have to just wait and see,” Moe said Tuesday.

Meili said he will not attend because of statements on climate change through the rally’s social media channels. He said he believes those involved are associated with the yellow vest movement.

The populist, grassroots movement originated in France last fall and has been adopted in Canada. Some who have attended yellow vest rallies and posted on its social media pages decry immigration as well as the federal government’s energy policies.

LeBlanc said Thursday’s rally prohibits yellow vesters because organizers do not stand with all the views expressed by those who support the movement.