A report from the University of Ottawa and the Canada West foundation found that local communities are demanding a greater role in major infrastructure, whether it be wind farms, hydroelectric dams or pipelines 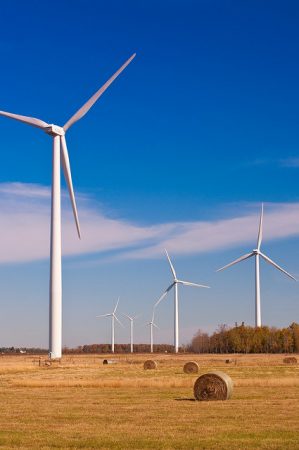 OTTAWA—New research suggests that polarizing debates over the impacts of climate change are not the driving force behind local opposition to major energy projects.

And that’s something governments and regulators need to consider as they push the transition to clean energy infrastructure such as tidal power, wind farms and hydro electricity.

A report to be released Oct. 6 at an industry-sponsored energy conference looks at six controversial case studies across Canada, ranging from the Northern Gateway pipeline proposal in northern British Columbia to a gas-fired electricity plant in Oakville, Ont., and shale gas exploration in rural New Brunswick.

The joint project of the University of Ottawa and the Canada West foundation found that local communities are demanding a greater role in major infrastructure, whether it be wind farms, hydroelectric dams or pipelines.

The study concludes that “the world of elite, centralized decision-making is a thing of the past.”

That’s a central theme of Thursday’s “Engage” conference at the University of Ottawa, where Perry Belgarde, the national chief of the Assembly of First Nations, will give the keynote address at noon.

What motivates all those local concerns was the primary focus of the research, which was funded by major fossil fuel players such as the Canadian Association of Petroleum Producers, Alberta Energy, the B.C. Oil and Gas Commission and the Canadian Gas Association.

Notwithstanding the pitched public battles over climate science and environment policy, the researchers found that in the cases they studied, global warming was not a principal driver of most local opposition.

“Climate change bore hardly at all on the local community attitudes in any of the cases,” writes lead author Michael Cleland.

Using public opinion research and interviews with project opponents, proponents and local authorities, the report found a “far more important” list of concerns: safety; the need or rationale for the project; economics; local environmental impacts such as water contamination; poor consultation and communication; and local involvement in decision-making.

Of the seven individual projects covered, three were approved and built, three were not approved and one—Northern Gateway—was conditionally approved but not built. The cases included a major electricity transmission line in Alberta, a hydro dam project in Manitoba and a (rejected) Quebec wind farm.

The study calls for a fundamental rethinking of government regulatory structures, and it bursts bubbles on both sides of the energy infrastructure debate.

The findings have implications that go far beyond today’s headlines over stalled oil pipeline applications.

As the study’s authors write, “the vast majority of future decisions will focus on new ‘clean’ energy infrastructure to underpin a very low GHG economy.

“As the case studies show, clean energy may be as controversial as hydrocarbon energy at the local community level.”