Diplomatic re-engagement does not mean "business as usual" with Russia, official says, but renewed ties could boost shipping, oil and gas co-operation 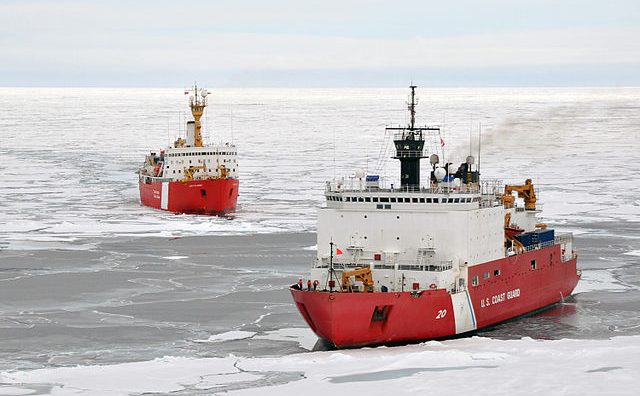 OTTAWA—A Russian politician who laments the decline of his country’s relations with Canada suggested Nov. 24 that his homeland might be willing to play nice in its long-standing dispute over who controls the North Pole.

Igor Chernyshenko, a senator from the northern city of Murmansk, said Russia would respect any United Nations decision on who should control a swath of the Arctic seabed known as the Lomonosov Ridge, which extends across the North Pole.

Chernyshenko, who was at Carleton University in Ottawa for a conference on Canada-Russia relations, delivered the overture as an example of positive co-operation between two countries that have been at odds for nearly a decade.

The Russian embassy and Canada’s foreign ministry, Global Affairs Canada, organized the conference as an example of the Liberal government’s new foreign policy decision to re-engage with Russia because of its shared interest in the Arctic.

The previous Conservative government downgraded ties with Russia because of its unilateral annexation of Ukraine’s Crimea region in 2014. In opposition, the Conservatives have vocally opposed the rapprochement, saying it represents “cosying up” to the “regime” of Russian President Vladimir Putin.

The Conservatives saw Russia’s Arctic ambitions as provocative, especially after the Russians planted a flag on the North Pole seabed in 2007.

The Liberals say it is time to move beyond that, citing the need to work with countries that have a shared interest in a frozen wasteland that’s rapidly thawing, leading to increased ship traffic, potential oil and gas exploration, as well as potential threats on the environment and security fronts.

Russia, Canada and Denmark have all filed competing territorial claims and it could take as long as 15 years for the United Nations Convention on Law of the Sea to decide.

But the UN won’t have the final say because it will be up to the countries themselves to negotiate a settlement based on the assessment.

The visiting senator told that his country would negotiate the division of the territory, which researchers believe contains significant oil and gas deposits.

“We recognize international law and after the UN Commission makes its decision, Canada and Russia will positively decide on how to divide that up,” Chernyshenko said through an interpreter.

He lamented the decline in trade between the two countries, which has shrunk since ties were downgraded and Canada joined its allies in imposing sanctions.

Russia’s envoy to Canada says the renewed Arctic co-operation could be the spark that reignites relations on a broader level, including possible co-operation on fighting terrorism, and deeper business ties.

“It’s very good our bilateral dialogue has been re-launched. Canada’s self-imposed isolation from Russia is over,” Alexander Darchiev, the Russian ambassador, said in an interview.

“Russian and Canadian companies are free to pursue commercial opportunities in one another’s markets so long as their undertakings are in compliance with Canada’s sanctions regime,” Pickerill said in an email.

“However, our diplomatic re-engagement does not mean it is ‘business as usual’ with Russia.”

University of British Columbia international law professor Michael Byers said Russia and Canada are capable of settling territorial disputes and working together on shared interests in the North, including dealing with challenges that will come with more shipping traffic.

The Russians are anxious to find partners in the Arctic because their economy has been “pummelled” by sanctions and the decline in world oil prices, Byers said.

“The Russians are desperate to see sanctions lifted. In that context, they’re very eager to improve relations in any domain.”