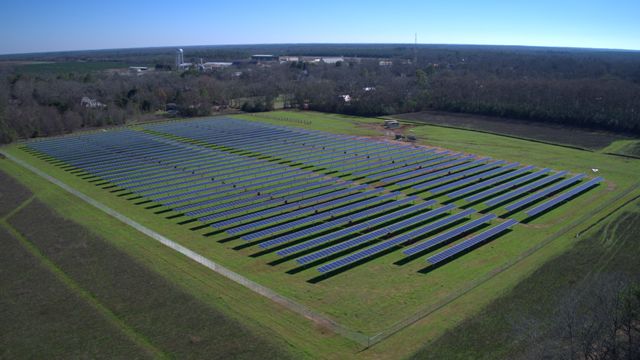 The solar installation at former U.S. president Jimmy Carter’s farm can power half of his hometown of Plains, Georgia. PHOTO: SolAmerica Energy

Carter said Feb. 8 he hoped Trump would give it “deep consideration.” Trump has sent mixed signals on whether he will try to slow Earth’s warming temperatures and rising sea levels.

Carter was the first U.S. president to install solar panels at the White House. He was celebrating a new panel installation on 10 acres of farmland he owns in Plains.

Carter leased the land to Atlanta-based SolAmerica Energy. The company estimates the project will provide more than half of the power needed in the former commander-in-chief’s hometown of 755 people.