Each clinic received six panels that will produce about 1,500 megawatts of power—enough to keep vaccine refrigerators on. 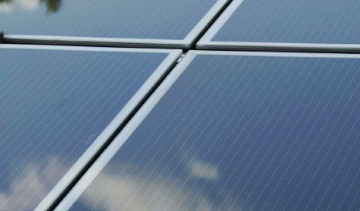 GAZA, Palestinian Territory—A project sponsored by the international Red Cross installed solar panels at 32 health-care clinics in the Gaza Strip to ensure that vaccines remain refrigerated in the power-starved territory.

Each clinic received a unit of six panels. The units will produce about 1,500 megawatts of power—enough to keep vaccine refrigerators on.

On a good day, the 1.8 million residents of Gaza, ruled by the militant Hamas group, get electricity for eight hours. Disagreements between Hamas and the West Bank-based Palestinian Authority have left Gaza’s only power plant functioning at reduced capacity. Electricity from neighbouring Israel and Egypt help alleviate the shortages.

Dr. Majdi Duhair, a Health Ministry official, said that even with the new panels, many services, including labs, drug storage facilities and operating rooms, continue to suffer.

“This project will preserve the temperature of the refrigerators and therefore maintain the cooling of the vaccines,” he said. “But the problem related to the rest of the services that involve electricity in providing health services in general will remain existent.”

The International Committee for the Red Cross and other international organizations run health programs to assist Gaza, which has been hit hard by years of conflict and an Israeli and Egyptian blockade against Hamas.

But Mamadou Saw, a Red Cross official, said the patchwork solutions are unsustainable. “We want the authorities and the international community to understand that the needs are too serious to wait until tomorrow,” he said.