Opposition to wind power begins to mount in some U.S. states

Tension between state leaders, wind power industry could have broad implications for expansion in other parts of country 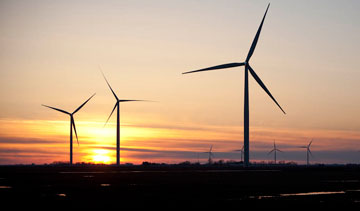 To ensure the opportunity didn’t slip away, lawmakers promised little or no regulation and generous tax breaks.

But now that wind turbines stand tall across many parts of the windy heartland of the United States, some leaders in Oklahoma and other states fear their efforts succeeded too well, attracting an industry that gobbles up huge subsidies, draws frequent complaints and uses its powerful lobby to resist any reforms.

The tension could have broad implications for the expansion of wind power in other parts of the country.

“What we’ve got in this state is a time bomb just waiting to go off,” said Frank Robson, a real estate developer from Claremore in northeast Oklahoma. “And the fuse is burning, and nobody is paying any attention to it.”

Today, many of the same political leaders who initially welcomed the wind industry want to regulate it more tightly, even in red states like Oklahoma, where candidates regularly rail against government interference.

The change of heart is happening as wind farms creep closer to more heavily populated areas.

Opposition is also mounting about the loss of scenic views, the noise from spinning blades, the flashing lights that dot the horizon at night and a lack of public notice about where the turbines will be erected.

Robson said the industry is turning the landscape into a “giant industrial complex,” and the growing cost of the subsidies could decimate state funding for schools, highways and prisons.

Oklahoma went from three farms with 113 turbines a decade ago to more than 30 projects and 1,700 active turbines today.

The industry now has nearly a dozen registered lobbyists working to stop new regulations and preserve generous subsidies that are expected to top US$40 million this year.

Evidence of that influence can be seen at the Statehouse.

A bill by the Senate president pro tem to ban any new wind farms in the eastern half of the state was quickly scuttled in the House.

When state Rep. Earl Sears tried to amend the proposal to include some basic regulations for the industry, lobbyists killed that idea, too.

“I personally believe that wind power has a place in Oklahoma, but I’m frustrated,” Sears said. “I think they should have more regulations.”

Wind developers say they’re just protecting their investment—more than US$6 billion spent on construction of wind farms in Oklahoma over a decade, according to a study commissioned by the industry.

In addition to royalties paid to landowners, the giant turbines themselves are valued at as much as US$3 million each.

Monte Tucker, a farmer and rancher from Sweetwater in far western Oklahoma, said his family has received annual payments of more than US$30,000 for the four wind turbines placed on their ranch two years ago.

“We’re generating money out of thin air,” Tucker said. “And if the landowners don’t want them, the developers have to go somewhere else.”

Tucker says the turbines take only about five acres of his property out of production, and they have not affected the deer, turkey and quail hunting on the land.

On a recent 38°C day, he found about 40 of his cows lined up in a single row in the turbine’s shadow.

Meanwhile, a formal inquiry into how the industry operates in Oklahoma is being launched by a state regulatory agency at lawmakers’ request.

The fact-finding mission could lead to legislation targeting the industry.

The turbines are subject to local property taxes after a five-year exemption for which the state reimburses local counties and schools.

The exemption for wind producers was designed to offset a lifetime property tax exemption in neighbouring Kansas.

In addition, the state offers wind developers tax credits based on per-kilowatt production that can be applied to any corporate income tax liability and then sold back to the state for 85 cents on the dollar.

Those cash subsidies are expected to total US$80 million over the next four years, according to estimates from the Oklahoma Tax Commission.

Oklahoma is one of at least six states competing for wind industry development, which often breathes life into communities that have lost manufacturing jobs and family farms.

The biggest wind industry boom is taking place in Texas.

Iowa and Oklahoma are close behind.

Other states that have announced major projects include Kansas, North Dakota and New Mexico, according to the American Wind Energy Association (AWEA), a trade group.

In Kansas, Republican Gov. Sam Brownback is trying to balance his state’s embrace of wind with opposition to a 2009 state energy law that requires utilities to use more wind and other renewable sources of power.

Brownback supports wind energy, but his political base includes free-market GOP conservatives who oppose such mandates.