Electricity rates jumped 70 per cent during Ontario transition from coal; Liberal government now cautioning other provinces to keep an eye on hydro prices, though insists clean power is worth it 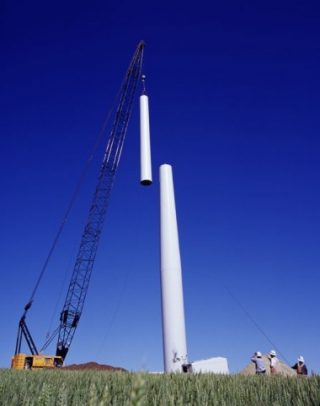 TORONTO—Ontario has some advice for its fellow provinces as they move to meet the federal government’s newly unveiled goal of eliminating coal-fired power generation in Canada by 2030: keep an eye on those electricity bills.

The province’s Liberal government likes to boast that shutting down coal plants has all but eliminated Ontario’s once-ubiquitous smog days, making life easier for people with asthma and other breathing problems.

But it cost billions of dollars to build new transmission lines and replace coal with power from natural gas, wind, solar and biomass projects—not to mention maintaining a fleet of expensive nuclear reactors that still supply about half of Ontario’s electricity.

Electricity rates for homes and small businesses in Ontario jumped 70 per cent between 2006 and 2014 as coal was being phased out.

The province’s auditor general said the Liberal government’s planning and implementation of new power generation as it moved to replace coal cost consumers an extra $37 billion during that time—including an extra $9.2 billion for green energy projects—and was expected to cost another $133 billion from 2015 to 2032.

The political fallout from soaring hydro bills is still causing problems for Premier Kathleen Wynne’s government, which is looking to take steps it hopes will defuse the anger of ratepayers before the 2018 election.

Wynne admitted on the weekend that she should have paid closer attention to the impact of the government’s programs on hydro bills.

“People have told me that they’ve had to choose between paying the electricity bill and buying food or paying rent,” Wynne said. “That is unacceptable to me. Our government made a mistake. It was my mistake.”

The federal government wants 90 per cent of Canada’s electricity to come from sustainable sources by 2030, up from 80 per cent now.

Ontario phased out the last of its coal-fired generating stations in 2014, but coal power in Alberta, Saskatchewan, New Brunswick and Nova Scotia still accounts for more than eight per cent of Canada’s total greenhouse gas emissions.

“You need all of those to ensure you can replace the power that you’re eliminating,” Thibeault said.

“But the one thing I would suggest is they can never take their eye off the affordability ball. That’s something we could have done a better job at.”

It would have been a lot cheaper to just build more coal plants, admitted Thibeault. “We made the choice of clean and green, which to us is the right thing to do.”

For decades, Ontario relied on cheap electricity to help attract industry and drive its economy, with coal accounting for about 25 per cent of the province’s power supply by the 1990s.

While the Liberals get credit for shutting down the coal plants, it was former Progressive Conservative Premier Mike Harris who took the first step towards a coal-free Ontario in 1999 by closing the Lakeview Generating Station in Mississauga, one of the biggest polluters in the Toronto area.

That same year, then-Opposition leader Dalton McGuinty promised to phase out coal-fired power generation by 2007 if the Liberals won the 2003 election, which they did.

McGuinty was repeatedly forced to delay the ambitious promise; in the end it took until 2014 to close the last of the plants.

But the Ontario Clean Air Alliance said the use of coal had dropped to negligible levels by as early as 2011—the largest single reduction in greenhouse-gas emissions in North America, and the equivalent of taking seven million cars off the road.

“A precedent had been set that demonstrated that it was possible to take meaningful action on climate change and air quality without stalling economic growth or lowering quality of life,” the group concluded.