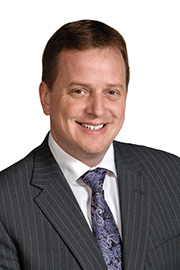 TORONTO—Ontario will continue its legal challenge of Canada’s carbon tax despite earlier suggestions from Premier Doug Ford that he would consider dropping the case if Justin Trudeau’s federal Liberals were re-elected.

Both the province’s environment minister and Ford said Thursday that they want the country’s top court to decide the fate of the federal carbon price.

Environment Minister Jeff Yurek confirmed the province would press ahead with the $30-million court battle.

“We’re going to continue the court challenge and we’ll see it through to its end,” he said. “We were elected last year on a mandate to end the province’s cap-and-trade program, which we’ve done.”

The federal carbon tax was imposed in Ontario after Ford’s Progressive Conservative government scrapped the cap-and-trade system, fulfilling one of his key campaign promises.

The premier banded with several other provinces, including Saskatchewan, Alberta and New Brunswick, in opposing the federal program. In August, the province filed a notice of appeal submitted to the Supreme Court of Canada arguing the federal government did not have the right to impose the tax.

On Thursday, Ford doubled down on the promise in an interview with a Toronto television station.

But in August, Ford said he believed people would reject the carbon tax at the ballot box during the federal vote.

A spokeswoman for federal Environment Minister Catherine McKenna said the Liberal government received a message from voters that affordability and the fight against climate change are priorities.

“We are confident in our approach and though our preference is not to resolve conflicts with provinces in court, we will defend the protection of the environment,” Sabrina Kim said in a statement.

At least one of the provincial leaders involved in the so-called “resistance” appeared to back down after Monday’s vote, saying voters seemed to support the carbon tax.

New Brunswick Premier Blaine Higgs said the province would “find a way to make it work,” paving the way for it to come up with its own scheme to reduce carbon emissions.

Yurek, meanwhile, said each province must choose its own path.

“I respect other provinces to make the decisions that are best for them,” he said Thursday. “New Brunswick has made their decision. Saskatchewan and Alberta have made their decisions. We’ve decided we’re going to continue to work with the federal government on fixing and ensuring we make our targets with the environment.”

Green party Leader Mike Schreiner said Ford should immediately drop the legal challenge because the federal Liberals won a mandate based on their support of the carbon price.

“The people have spoken and now the premier needs to listen,” he said.