by Keith Leslie and Allison Jones, The Canadian Press  May 16, 2016 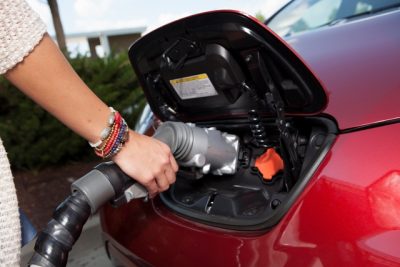 TORONTO—Ontario’s environment minister insists the province won’t eliminate natural gas for home heating as part of an ambitious plan to fight climate change that will soon be released.

Glen Murray refused to confirm or deny a Globe and Mail report saying the province would spend $7 billion over four years to reduce its carbon footprint, partly by phasing out residential natural gas heating and greatly increasing the number of electric vehicles on the road.

“Within the next couple of weeks you’ll see the entire action plan, supporting documents will be properly released, and when that plan is out you’ll have lots of time to talk about it,” Murray told reporters.

The Globe said it obtained a copy of the 57-page Climate Change Action Plan and reported that it calls on the province to start phasing out natural gas for heating, which is currently used in 76 per cent of Ontario homes.

It said the government would spend $3.8 billion on grants, rebates and subsidies to retrofit buildings and move them off natural gas and onto geothermal, solar or other forms of electric heat. The plan would require that all new homes built in Ontario in 2030 or later be heated without the use of fossil fuels.

But Murray said this year’s budget committed the government to extending natural gas to rural Ontario, and insisted it would still be an option for home heating.

“Natural gas will continue to play a critical role in the energy mix in Ontario in the future, and beyond that you’ll have to wait to see the details,” said Murray.

“But no, we’re not banning natural gas or taking it away from people.”

Take an in-depth look: Gas companies warn published Ontario climate plan would exact heavy costEnergy Minister Bob Chiarelli also pointed out that the province is in the midst of expanding natural gas with a loan and grant program for rural customers.

“That’s being done because there are more pressures on prices in rural areas if they’re exclusively on electricity (for) heat,” he said.

“So to the extent that we’ve announced our policies so far, they’re very friendly in terms of gas service.”

Murray dismissed suggestions there would be uncertainty in the province’s industrial sectors until the details of the climate change action plan are released, insisting they’ve all been kept up to date through extensive consultations.

“They have been working with us, the nine large emitting industries, in drafting this plan, so they had a major input into it and they do have a pretty good understanding of what’s coming,” he said.

“Even after the action plan is passed, I will be spending the next two years—as will my colleagues—working hand in glove with industries, with Ontarians, with environmental groups to implement this.”

The Globe said the Liberals’ plan sets a target of having 12 per cent of all new vehicle sales be electric cars and trucks by 2025, or about 1.7 million vehicles. There are currently only about 5,800 electric vehicles in Ontario.

The Progressive Conservatives said the climate change plan represents a “crushing shift” for Ontario’s $16-billion auto industry, and warned it would cost jobs.

The province already provides rebates and incentives of up to $14,000 for every electric vehicle purchased for under $75,000, and rebates of up to $3,000 for ones priced between $75,000 and $150,000. The government recently announced it will spend $20 million to build nearly 500 electric vehicle charging stations across the province next year.

The $7 billion the Liberals plan to spend to on climate change would come from the estimated $1.9 billion they expect to generate each year from a cap-and-trade plan that would see companies buy and trade pollution emission allowances.

The government admits its cap-and-trade plan would add about four cents a litre to the price of gasoline, but insisted it would result in lower home heating bills.

“Our 2016 budget provides that cap-and-trade will take $24 per year off of residential bills and on average will not cost any increase,” said Chiarelli.

Ontario plans to join existing cap-and-trade markets in Quebec and California. Manitoba has also signed on to join in the plan with Ontario and Quebec, but will limit it to 20 large polluters in the province.