Statement appears to indicate a reversal in the company's position to wrap up operations. 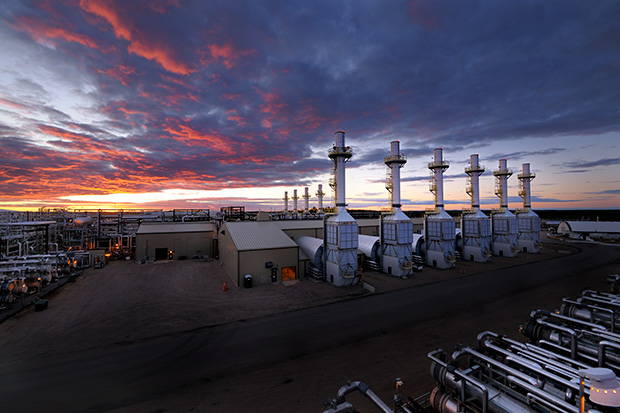 The Calgary-based firm also announced it intends to reduce its emissions per barrel by 30% by 2030, while keeping flat its total emissions.

Reaching the 2050 goal will require advances in technologies including carbon capture and storage that are not currently economically practical, conceded Al Reid, executive vice-president in charge of sustainability, in an interview.

But he said the company has a clear path forward to the 2030 target, adding the announcement is designed to draw the attention of both internal and external stakeholders.

“It’s aimed at a very broad audience to say … we’re so committed we’re going to set targets and we’re going to report on those targets on a year-over-year basis,” he said.

Cenovus has delayed planned expansions at its thermal oil sands projects in northern Alberta, which use steam to produce heavy bitumen from wells, because of delays in the construction of new export pipelines.

Reid said the company is hopeful that its commitments – which include ramping up spending by $1.5 billion with Indigenous businesses and reclaiming 1,500 decommissioned well sites by 2030 – will help make peace with opponents and allow growth to take place.

Cenovus’ commitment is a step in the right direction but the industry needs to say less about emissions intensity and do more to address its absolute emissions, said senior analyst Benjamin Israel of the environmental Pembina Institute.

“Flat is a good first step but more needs to happen and potentially before 2030,” he said.

“We need to start to have conversations about … credible plans to get to carbon neutral potentially before 2030.”

Israel and Greenpeace Canada campaigner Keith Stewart both pointed out that plans to cut emissions in the upstream energy sector do little to reduce emissions in the downstream, where burning fuel creates more than 70% of the emissions.

Cenovus said its 2030 emissions target will be reached via a multi-pronged approach including operational optimization, incorporating electricity cogeneration capacity into future oil sands phases, more use of solvent technology to reduce steam needed to produce bitumen, methane emissions reductions in its conventional drilling operations and through increased use of data analytics.

GHG emissions at its oilsands operations have been reduced by 27% per barrel over the past 15 years, it added.

Financial analysts welcomed the plan, which they said add to Cenovus’ reputation as one of the lowest GHG intensity producers in the oil sands.

Fellow oil sands producer Canadian Natural Resources Ltd. has also pledged to work toward a zero-emissions target without giving a specific date, using technology to improve efficiency and through its carbon capture and storage operations.

It says it has lowered emissions per barrel from its oilsands mining operations by 37 per cent since 2012.

Calgary-based Suncor Energy Inc. set a target in 2016 of reducing GHG emissions intensity by 30 per cent below 2014 levels by 2030.

In September, it said it would spend $1.4 billion to install two cogeneration units at its Oil Sands Base Plant in northern Alberta, thus reducing greenhouse gas emissions by 25 per cent.

In December, it gave approval to build a $300-million wind power plant in southern Alberta.

Spanish energy giant Repsol, which produces oil and gas in Canada, also announced late last year it would try to achieve net zero emissions globally by 2050 through technology, increases in the production of biofuels and chemicals with low carbon footprint and expansion of low-carbon electricity generation.